The story is pushing ahead the narrative of carrying forward the life of Salgaonkars and the police department as the latter proceeds in the trail to figure out what actually happened to Sam (Tabu's son) Author : Tushar Singh 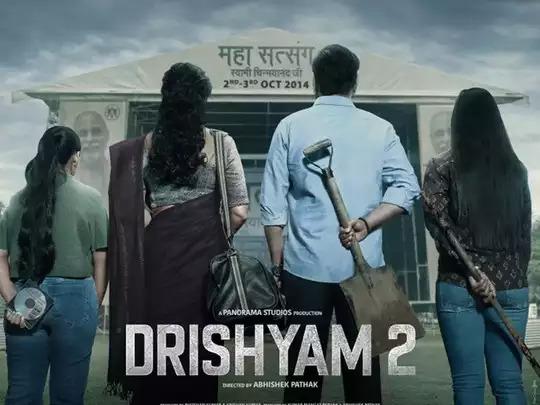 Makers of the much-awaited suspense crime thriller dropped the first teaser of Drishyam 2 this afternoon loaded with terrific suspense as the mystery proceeds to unfold.

Released in 2015, Drishyam presented a suspenseful crime drama showcasing all a man can do for his family, starring Ajay Devgn as the protagonist Vijay Salgaonkar. The film is the remake of the Malayalam sequel of legendary actor Mohanlal’s starrer of the Drishyam franchise, which was released last year.

The teasers take the viewers to the past presenting a brief insight into what happened as of yet and how things are likely to proceed further in a shocking development as Sam’s family and the police department tries to find what happened to Tabu’s son who plays a police officer in the movie.

The story is pushing ahead the narrative of carrying forward the life of Salgaonkars and the police department as the latter proceeds in the trail to figure out what actually happened to Sam, who was killed by Ajay Devgn’s wife and elder daughter unintentionally.

As the teaser proceeds a voice-over of Tabu from the film’s first part says, “When there are no evidence and leads, confession is the only thing that can solve a crime.” The line ends and we see an older, greyer Vijay sitting in a police station, being recorded. The aggrieved Vijay then says in Hindi, “My name is Vijay Salgaonkar and this is my confession.”

The teaser has been loved by viewers owing to the hit first part which earned loads of praise for the masterful acting and suspenseful and intriguing plot.

The Abhishek Pathak directorial stars Ajay Devgn, Tabu, Shriya Saran, and Ishita Dutta, in the lead with the addition of Akshay Khanna who will add the spice of his acting to the successful suspense thriller.

The film is produced by Bhushan Kumar, Kumar Mangat Pathak, Abhishek Pathak, and Krishan Kumar, and is set for theatrical release on November 18.