The Chola Dynasty has been among the longest ruling dynasty in Indian history with a history of over 1500 years of rule in southern India, including a period of 400 years from 9th-century ruling outside India Author : Tushar Singh 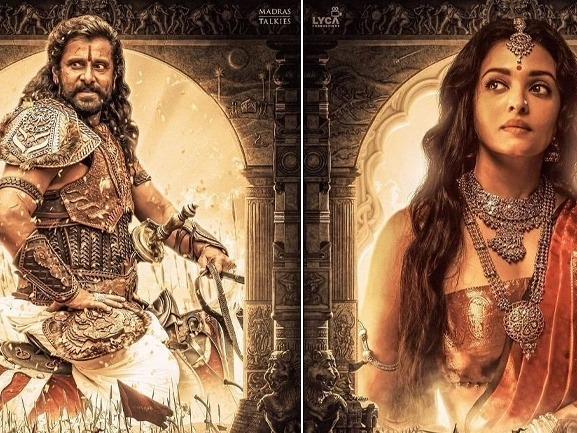 Aishwarya Rai Bachchan’s mega southern starrer Ponniyin Selvan-1 is set to release on the 30th of this month. The titular role of the film is based on a mid-19th century novel based on the first king of the Chola Dynasty depicting his life. Film’s Tamil title Ponniyin Selvan translates to Son of the River Kaveri.

The Chola Dynasty has been among the longest ruling dynasty in Indian history with a history of over 1500 years of rule in southern India, including a period of 400 years from 9th-century ruling outside India in the present day SriLanka, Maldives, Indonesia, Java, Sumatra, Thailand, and Cambodia among others.

The biggest achievement that the Kings of the Chola Dynasty cornered to their name included their victory through the water route with a heavily mechanized Navy during that era.

The Kingdom ruled by Chola had around 1000 warships in the powerful Navy of over 10 Lakh soldiers. Above that, the Kingdom had over 60, 000 elephants, which were among the most pivotal force during attacks upon the hostile territory or kingdom.

It was during the reign of Ponniyin Selvan only that the Chola reached the far-flung regions from the center of their kingdom and expand the horizon to the fullest.

The story depicts the life story of one of the nation’s most decorated rulers and is inspired by a novel written in the 50s by Kalki Krishnamurthy, considered one of the finest pieces of writings in Tamil history.

It is not that the film that is set to release tomorrow is the first attempt to present Ponniyin’s life on the big screen. Tamil Superstar MG Ramachandran made a significant attempt to work present his life story and went on to reserve novel rights for 10, 000 which was a big amount then but, eventually failed to make it. 60 odd years down the line it has finally happened.

But, what made them so great, where does their history begin from, and the behind the scene in making this movie, an insight into such basics in this segment of the explainer.

The mention of the Chola Empire comes twice in history. Not much information is available about them before the 8th century. They re-emerged around 850. The Cholas came to power in the 9th century after defeating the Pallava kings. The navy of the Pallavas and the Pandyas were very powerful and used to win the war on their own.

Looking at their Naval prowess the Cholas took 8 long years to build their Navy and gained the throne. With 1000 warships and 10 Lakh sailors made the Navy of Cholas world’s biggest of the time which was followed by the strong unit of Elephant consisting of a massive 60, 000 in number. Crushing the enemies to death through the elephant’s march was among the major war techniques.

After this, the Cholas occupied the islands of Sri Lanka and the Maldives with the force of a powerful navy. The founder of the Chola Empire was Vijayalaya, who was earlier a feudatory of the Pallavas. He founded the Chola Empire in 850 AD. His son Aditya 1st was among the most successful king of Cholas.

Real vs Reel: Is Aishwarya Rai starrer Ponniyin Selvan 1 a true story based on Chola Dynasty?

Years went by and King Sundara Chola ascended the throne of the mighty Kingdom. He was blessed with two sons Aditya second and Arulmozhi Varman and a daughter Kundwai.

The two princes received all the learnings a royal or next-in-line ascendent of thrown receives and Arulmozhi took over the throne only to be recognized as one of the most successful and decorated kings among Cholas. Arulmozhi’s reign lasted for 3 decades.

The Great King Ponniyin Selvan expanded his kingdom’s foreign trade by building upon his Naval prowess, his victory over the Maldivian territory came through the Naval construct only.

Rajaraja first and Rajendra first used to build temples of Shiva and Vishnu where they used to win. In the 10th century Chola dynasty, Rajendra first was the first person to move from South to North India to the mighty River Ganges.

Ponniyin Selvan-1: Insights on the movie:

After that, the challenge was who would take over the throne. King Sundar Chola had two sons and a daughter. His first son Aditya and second Arulmozhi Varman and were known as Ponniyin Selvans.

His enemies come to know about the ill health of the king and they start preparing for the attack. Queen Nandani, who is the wife of Periya Pazhuvettarayar, wants to kill Prince Aditya so that her husband can ascend the throne.

Ponniyin Selvan and his ministers come to know about this conspiracy. Commander Vallavarayan Vandiyadevan is then tasked with bringing Ponnian Selvan back from Sri Lanka and saving the throne.

The story then unfolds as the Great King ascends on the throne and takes over the kingdom’s charge with his sharp and visionary wisdom. The film stars Vikram, Karthi, and Aishwarya Lekshmi alongside Aishwarya Rai Bachchan in the lead among others.