After Drishyam 2 release, fans and veteran film critics started giving its reviews and the Ajay Devgn starrer got almost 4 stars for the impeccable story. 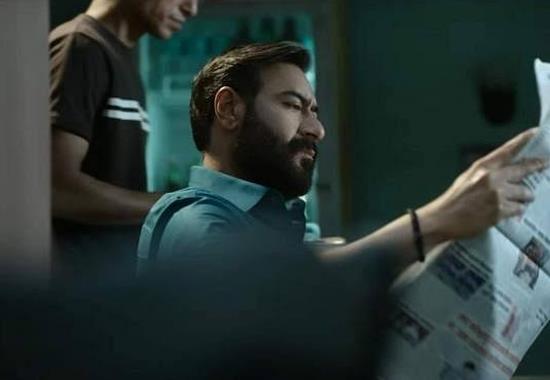 One of the most awaited movies of Bollywood, Drishyam 2 was finally released in theaters on November 18, 2022, and in no time it started creating buzz among fans on social media. After its release, fans and veteran film critics started giving Drishyam 2 reviews and the Ajay Devgan starrer got almost 4 stars for the impeccable story. For the unversed, Drishyam 2 has been released in theaters 7 years after its first installment was released. Drishyam is a remake of a Malayalam movie by the same name starring Mohanlal in the lead. The trailer which was released last month began with Ajay Devgn’s character Vijay Salgaonkar pleading about his family’s horrific run which continued for over 7 years.

Seven years later the mystery is all set to sail on yet another journey, Vijay Salgaonkar is up for his family, standing against the Goa Police, who are in absolute stand to unfold the mysterious death of IG’s son. In Drishyam 2 review, fans are in awe of Akshaye Khanna as he dons the hat of investigating officer in the suspense crime-thriller movie. Notably, Drishyam 1 was directed by Nishikant Kamat who died at age 50 in 2020. Therefore, it was decided that Abhishek Pathak will direct the film. Drishyam 2 has a star cast that includes Ajay Devgn, Tabu, Shriya Saran and Akshaye Khanna in lead roles with Ishita Dutta, Mrunal Jadhav, and Rajat Kapoor in supporting roles.

Veteran film critic Taran Adarsh took to his Twitter handle and called Drishyam 2 a power-packed movie. The veteran film critic also gave it four stars out of five. Furthermore, film trade analyst Sumit Kandel called Drishyam 2 'EXHILARATING - ENTHRALLING & ENTERTAINING' thriller and also gave it four stars. Another movie analyst Atul Mohan called Drishyam 2 'Thriller of the year'. Coming to Drishyam 2 box office collection, Box Office India reported that Drishyam 2 film may turn out to be one of the biggest openings ever for a Ajay Devgn starrer on a non holiday which would have not been expected by anyone with 30 to 35 percent occupancy Pan-India.

#Drishyam2Review ⭐️⭐️⭐️⭐️ #Drishyam2 is an EXHILARATING - ENTHRALLING & ENTERTAINING thriller that keep you hooked & booked throughout. Director @AbhishekPathakk made the 1st half stronger than the original while 2nd Half is a BANGER with a JAW DROPPING CLIMAX.

#Drishyam2 : THRILLER OF THE YEAR!#AjayDevgn is simply BRILLIANT with one more KNOCK-OUT act.
Highly engaging performances by #Tabu and #AkshayeKhanna.
Director #AbhishekPathak delivers a WINNER!#Drishyam2Review pic.twitter.com/D8jiEczrhW

#Drishyam2 is an absolute WINNER

The addition of #AkshayeKhanna to the cast was a masterclass move. The man oozes a confidence in front of camera that will make you wish to see more of him at the movies

#Drishyam2 is MINDBLOWING.
Powerful Dialogues with Mass appeal, A Towering First Half and Even a More POWER PACKED Second Half with those EXTRA POWERFUL CONFRONTATIONS.
What a Film....#Drishyam2Review: ⭐️⭐️⭐️⭐️💫
SUPER HIT.@ajaydevgn @AbhishekPathakk pic.twitter.com/7flyAt6xnV

#Drishyam2
Perfect Thriller👌
U can feel the thrill in every scene.DSP BGM has elevated the tnsn.A faithful Remake with some changes in screenplay has done the trick for the movie.Go for it even if u hv seen the Original.#AjayDevgn #Tabu #ShreyaSaran #AkshayeKhanna