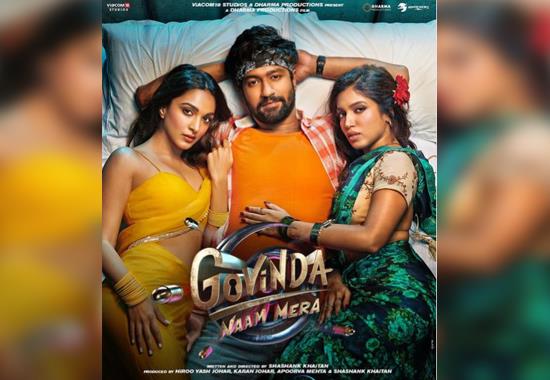 Govinda Naam Mera poster was shared with the caption, "Murder, mystery, madness & masala - ALL coming to your home screens #GovindaNaamMera streaming from 16th Dec, on @disneyplushotstar!"