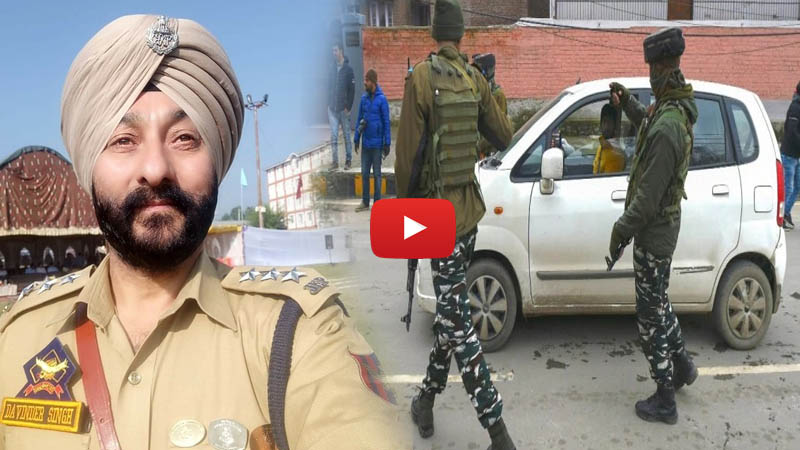 A day after Deputy Superintendent (DSP) Davinder Singh was caught along with two militants, Jammu Kashmir Police (JKP) on Sunday stated that the "officer" will be dealt at par with militants.

The police officer and two militants, who were detained from a car in south Kashmir, have been arrested, officials said on Sunday.

Davinder Singh, who is presently posted as the deputy superintendent of police at the airport, was alleged to have been ferrying the militants from the Shopian area, possibly out of the Valley.

In his first press conference, after taking over as IG Kashmir Vijay Kumar, said that the operation to nab the accused began after receiving the whereabouts of two militants from SP Shopian Sandeep Chaudhary.

"I asked DIG South Kashmir to put up a checkpoint. It was found that DSP, a lawyer and two militants were in the car. He was intercepted in Kulgam district," said IG Kashmir Vijay Kumar in a presser.

As per sources, the DSP was under surveillance for the past two months over suspicious activity. An intercept had only confirmed the force's worst fear, that Singh, a resident of Tral, was a " black sheep".

Combined with human intelligence, round the clock surveillance was kept on Singh's activity.

However, after being caught with two terrorists by the police, Singh pleaded innocence by stating that he was only taking militants, including two top commanders of Hizbul Mujahideen -- Naveed baba and Rafi Ahmad -- to surrender.

But no such information was available with any senior officer. Even Naveed and Rafi in separate interrogation made no mention of this to the police officials. In 2017, Naveed, a former cop, escaped from the police to join militancy. He was next in line in the Hizbul Mujahideen command after Riyaz Naikoo.

Davinder Singh has been a "controversial" officer. He came into the spotlight after a letter written by Afzal Guru, the Parliament Attack convict, in 2013 claimed that the Singh had asked him to accompany another accused to Delhi and arrange his stay there.

However, IG Kashmir claimed that "there are no records" to substantiate the allegation. Multiple agencies are interrogating Singh after his arrest on his motive behind joining hands with terror ranks.