A majority of United States airmen stationed at the Al-Balad airbase north of Baghdad had already left, the military sources said, following tensions between the US and Iran over the last two weeks 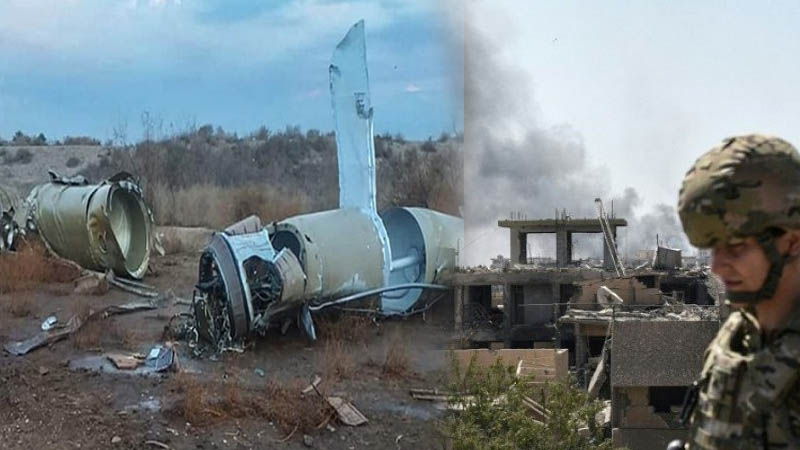 At least four soldiers were injured after several rockets hit the Balad Air Base in Iraq, military sources have said. According to the initial reports, eight mortar bombs fell on Sunday inside Iraq's Balad Air Base which was hosting the United States troops. No casualty has been reported so far.

The military sources said seven out of eight Katyusha rockets fell in the Balad Air Base's runway, located 80 km north of Baghdad. Military sources identified the wounded as Iraqi soldiers. There was no word of any US casualties among the U.S. forces at the base.

A majority of United States airmen stationed at the Al-Balad airbase north of Baghdad had already left, the military sources said, following tensions between the US and Iran over the last two weeks.

The Iraqi military statement did not say who was behind the attack and made no mention of heightened tensions between the United States and Iran.

Military bases hosting United States troops have been subject to volleys of rocket and mortar attacks in last few days after tensions between the US and Iran escalated following the killing of Iranian General Qassem Soleimani.

The rocket attacks at the Balad Air Force Base have come more than a week after a deadly American strike in Baghdad which killed top Iranian commander Qasem Soleimani and a few days after Iran launched over a dozen ballistic missiles targeting at least two bases where US military and coalition forces' are stationed in Iraq.

"With him gone, God willing, his work and his path will not be stopped, but severe revenge awaits the criminals who bloodied their foul hands with his blood and other martyrs' in last night's incident. All enemies should know that the jihad of resistance will continue with a doubled motivation, and a definite victory awaits the fighters in the holy war," Khamenei said in a statement telecast by the state TV.

Taking responsibility for the attack on two Iraq bases housing US military on January 8, Iran said it had carried out and "concluded" its reprisal over the killing of top Iranian commander Qasem Soleimani when it targeted US forces in Iraq with a missile strike.

"Iran took and concluded proportionate measures in self-defence" targeting a base from which a "cowardly armed attack against our citizens and senior officials" was launched, said Foreign Minister Mohammad Javad Zarif on Twitter.

The Iranian foreign minister, however, asserted that the country does not seek "escalation or war" but, "will defend ourselves against any aggression".

Ayatollah Ali Khamenei said the attacks were a "slap in the face" of the United States.

In his first reaction after Iran's missile attack on two American bases in Iraq, United States President Donald Trump insisted that "all is well".

United States President Donald Trump tweeted, "All is well! Missiles launched from Iran at two military bases located in Iraq. Assessment of casualties & damages taking place now. So far, so good! We have the most powerful and well-equipped military anywhere in the world, by far!..."

While the Iranian state television claimed that "at least 80 terrorist US soldiers" were killed in the strikes, Donald Trump, in his statement, maintained that the country suffered no casualty in the attack.

Get the latest update about Iran US War, check out more about English News, Iraq, True Scoop News & Rocket Attack by Iran