No casualties have been reported in the incident 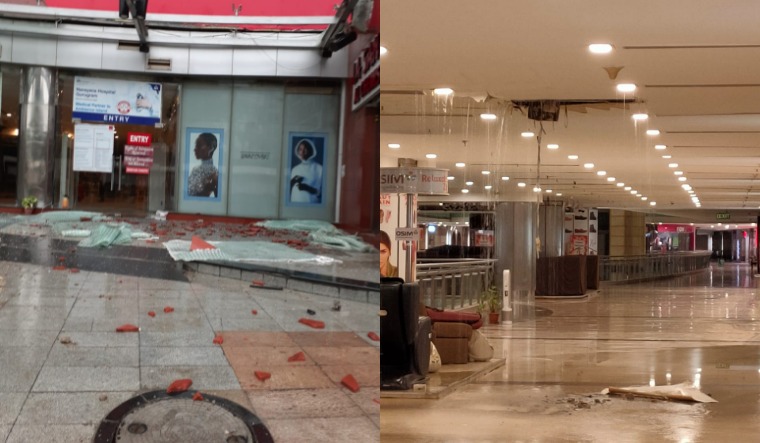 On Monday, heavy rainfall in Gurugram leads to waterlogging at several places. Parts of the city also witnessed disruption in vehicular traffic and pedestrian movement. According to the news agency report, in Gurugrams's Ambience Mall portions of the temporary shed which covers the open area on the third floor of Ambience Mall have fallen down.

Parts of the false ceiling of Ambience Mall were found to have fallen down, with the mall's basement reported to be inundated, with the roof still leaking and flooding shopping areas. However, no injuries have been reported in the incident even as the Ambience Mall shut down.

The heavy rains have caused massive traffic disruption in Gurugram and across the NCR on Monday.

Gurugram Traffic Police, also tweeted and informed about the waterlogging issues and urged commuters to plan their travel accordingly.

"Waterlogging has been reported near Naharpur FOB. Our traffic officials are on the spot to facilitate the traffic flow. Commuters are requested to plan their travel accordingly," Gurugram Traffic Police tweeted.