Asaduzzaman Khan on Sunday said, "It appears to us that it was a motivated act instigated by a vested group.” 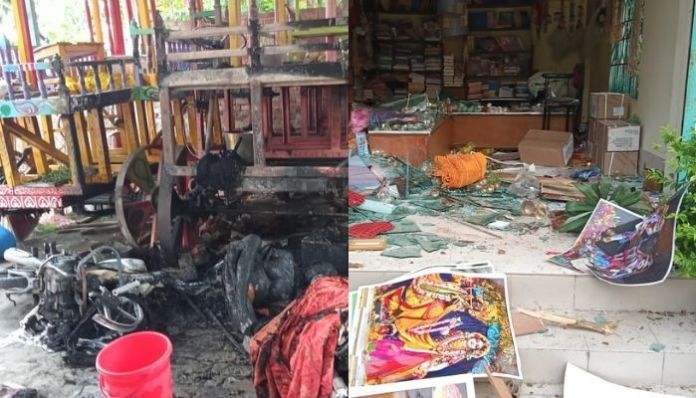 Bangladesh Home Minister Asaduzzaman Khan Kamal has said that Durga puja pandals attacks were pre-planned and were aimed at destroying the communal harmony in the country. The Comilla incident was caused by a third party, he added.

Asaduzzaman Khan on Sunday said, "It appears to us that it was a motivated act instigated by a vested group.”


His statement comes after Bangladesh police booked over 4000 persons in connection with the violence that shook the country when Bangladesh and India were celebrating the Durga puja.

According to the Dhaka Tribune, the minister hinted at the role of a third party in the violence during Durga Puja celebrations in Bangladesh.

Hinting at the role of a third party, the Dhaka Tribune quoted the minister saying, "Not only in Comilla but attempts were also made to destabilize the country previously through communal violence in Ramu and Nasirnagar,"

On being asked about what triggered the incident in Comilla, the minister stated that once they receive all the evidence, it will be made public. “Those who were involved in it will be given exemplary punishment,” he added.

There has been no incident reported since Saturday night, the minister said.

Around 80 locations were attacked and Durga puja pandals were destroyed in Comilla last Wednesday. The attacks led to further unrest across Bangladesh.

Several Hindu--owned temples and shops were vandalised and robbed in feni on Saturday, about 157 kms away from Dhaka. The fresh clashes were reported after an attack took place on the demonstrators who were protesting against the violent strikes on Durga Puja venues in several places in Bangladesh. ISKCON temple and devotees were also attacked brutally.

At least 40 people including the Officer In-charge Nizamuddin of Feni Model Police Station were injured in the clashes.

Meanwhile, Prime Minister Hasina has assured that the culprits behind the violence will be brought to justice and those who attacked the Hindu temples will not be shown mercy.

Claiming that the violence during Durga puja in Bangladesh was a systematic attack on the religious minority, the BJP said that the situation demands the implementation of CAA and NRC in West Bengal.