On Monday, Punjab Deputy Chief Minister said that he is ready to give up the home ministry to PPCC Chief Navjot Singh Sidhu. 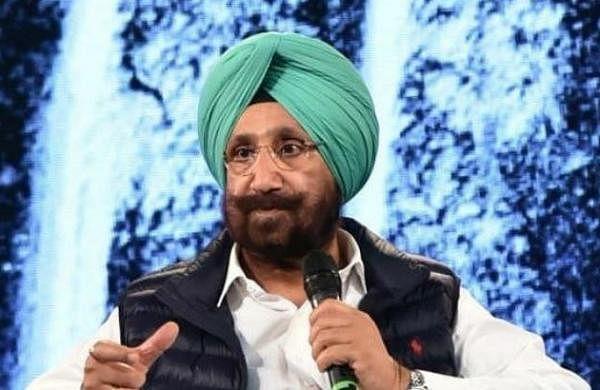 Amidst discord in Punjab Congress over Navjot Sidhu, four leaders, including Deputy CM Sukhjinder Randhawa, Bharat Bhushan Ashu, Pargat Singh and Amarinder Singh Raja Vading; reached Delhi to meet party general secretary KC Venugopal.
After the meeting, Deputy CM Sukhjinder Randhawa assured that he will fight the upcoming assembly election under Congress. He made this statement after he was asked about Navjot Sidhu's demand to make himself the CM face.
Let us tell you, this statement is important because there is an important meeting of the Screening Committee in Delhi in the evening. During this meet, the first list of Congress candidates can be stamped. Reportedly, PPCC Chief Navjot Singh Sidhu will go to Delhi to attend the meeting.
Also Read: Omicron scare: Govt prioritizing politics over public health, rallies may prove “super-spreader”
According to sources, in this meeting, the Congress high command may object that the leaders were making statements directly in front of the media instead of the party forum or the high command. There are chances of the same because at first, Ashu stated against Sidhu, followed by Randhawa’s statement.
The high command may also consider Sukhjinder Randhawa's offer to leave the Home Ministry for Sidhu. These leaders have raised a question on Sidhu’s attitude so, the high command may also focus on this matter during the meet.
Recently, Randhawa and Ashu slammed Sidhu. Randhawa said that Sidhu is upset since he got a home ministry, deputy CM was quoted saying, “Punjab Congress chief Navjot Singh Sidhu has been upset with me ever since I became the home minister. If Sidhu wants the home ministry, then I will put it at his feet in a minute.”
On the same breadth, food and civil supply minister Bharat Bhushan Ashu had advised Sidhu to learn Congress party culture. Commenting on Sidhu’s Punjab Model, Ashu said that “Sidhu will have to learn the culture of the Congress party. When it is collective leadership, then the decision on party candidates should also be collective. The party leadership will have to be united.”
Also Read: "Arvind Kejriwal is Corona for Punjab," says CM Channi
However, the tussle over the CM face for assembly elections 2022 is still on. Many congress leaders are aspiring to become the next chief minister of the country. As per the latest trends, Navjot Singh Sidhu, Sunil Jhakhar and Charanjit Singh Channi are in the race!