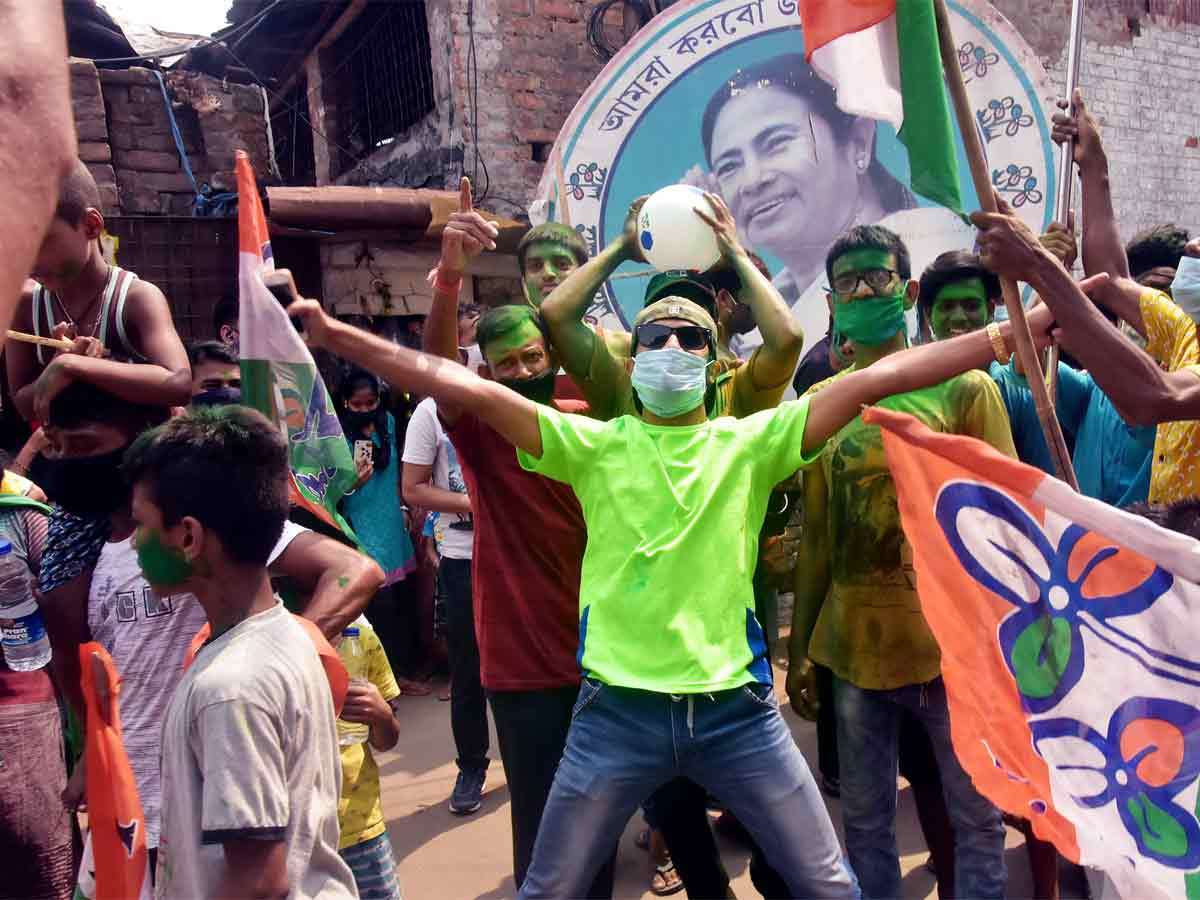 The Election Commission has taken note of the TMC supporters celebrating the anticipated victory of the All India Trinamool Congress in West Bengal. Defying COVID protocols, TMC supporters hit the roads, beating drums and bursting firecrackers and playing with gulal.

The EC had earlier banned all history celebrations and congregations on or after the day of vote counting. With reports of party workers flouting the norms, the poll panel has asked the state administration to take action against all police stations that failed to stop the enthusiasts from indulging in public celebrations.

As per reports, several TMC supporters had no face masks and danced to the party’s theme song played loudly in different parts of the city.

On Twitter, an election official said, “The ECI has taken serious note of reports coming in of congregations(s) of people to celebrate anticipated victory. It has directed CS of all five states (including  Bengal) to file FIR in each such case, suspend SHO of the concerned PS and report actions taken immediately of each such incidence.”

A police officer posted in the city’s Alipore area said, “What can we do if people don’t listen to us? We had put up barricades to stop them but people are in no mood to listen.”

Get the latest update about Election Commission, check out more about violation of covid protocols, india news, tmc supporters had no face mask & true scoop news