According to sources, the ED has raided eight locations in Punjab, meanwhile, Navjot Singh Sidhu in his latest tweet has justified the raid at Fast Way owner's house. 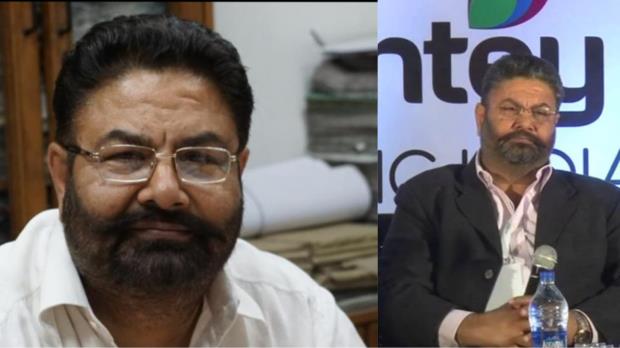 After CM Charanjit Channi declared ‘war against the cable mafia, the Enforcement Directorate (ED) carried out a raid at the properties of the owner of Punjab's largest transportation company- Jujhar Transport and Fast-Way Cable Company, Gurdeep Singh in Ludhiana.

On Thursday morning, the ED team arrived at Mr Singh's residence and began their investigation. Teams are also conducting raids at his offices.

Notably, on November 16, the Income Tax Department conducted a raid at the residence of the party MLA from Mullanpur Dakha, Manpreet Ayali. More than 60 personnel of the Income Tax department had reached village Ayali at 6 AM and had investigated his residence.

The Fast-Way Cable Company owner is also said to be a Badal loyalist, having a tight relationship with SAD chief Sukhbir Singh Badal. After the information of raids, there is a stir in the political circles of Punjab.

According to sources, the ED has raided eight locations in Punjab. The raid is linked to a case filed by the 2017 State Vigilance Team and involves a large-scale contract award scam. The ED has taken over the case, and this action is being taken under its supervision.

"Take away the cause & effect will seize! In 2017 I proposed a new law to recover stolen state taxes from Fastway by taking control over computers & data hidden by Fastway monopoly. It would have freed the cable operators from clutches of this monopoly and filled state coffers," read a tweet by Sidhu.

The Congress leader went on to say that, "Fastway has 3-4 times TV connections than data it is sharing with govt. Badals made laws to protect its monopoly...@capt_amarinder stalled my proposed law which would have ended Fastway monopoly, got revenue for state per connection & reduced TV cable prices for people to half."

"My 5 year fight against those who monopolised Punjab’s cable network under political patronage of badals … even monopolised & monetized the broadcasting of Guru di Sanjhi Baani," Sidhu added sharing a video on Twitter.

On November 22, declaring a war against the Cable mafia, the Punjab Chief Minister Charanjit Singh Channi announced to fix the monthly rate of cable TV connection at Rs. 100 to completely eliminate the cartelization of Cable from across the state.

Addressing a massive public gathering here in Atam Nagar constituency, CM Channi categorically said that people are being unnecessarily harassed by the cable mafia by levying hefty charges which would not be tolerated anymore in future.

On the rally organised by senior Congress leader Kamaljit Singh Karwal, CM Channi said that all such businesses of transport and cable are owned by the Badal family and now the people need not to pay more than Rs. 100 per month and strict action would be taken against those not adhering to the new rates.

“If anyone harasses you, inform me,” declared CM Channi.