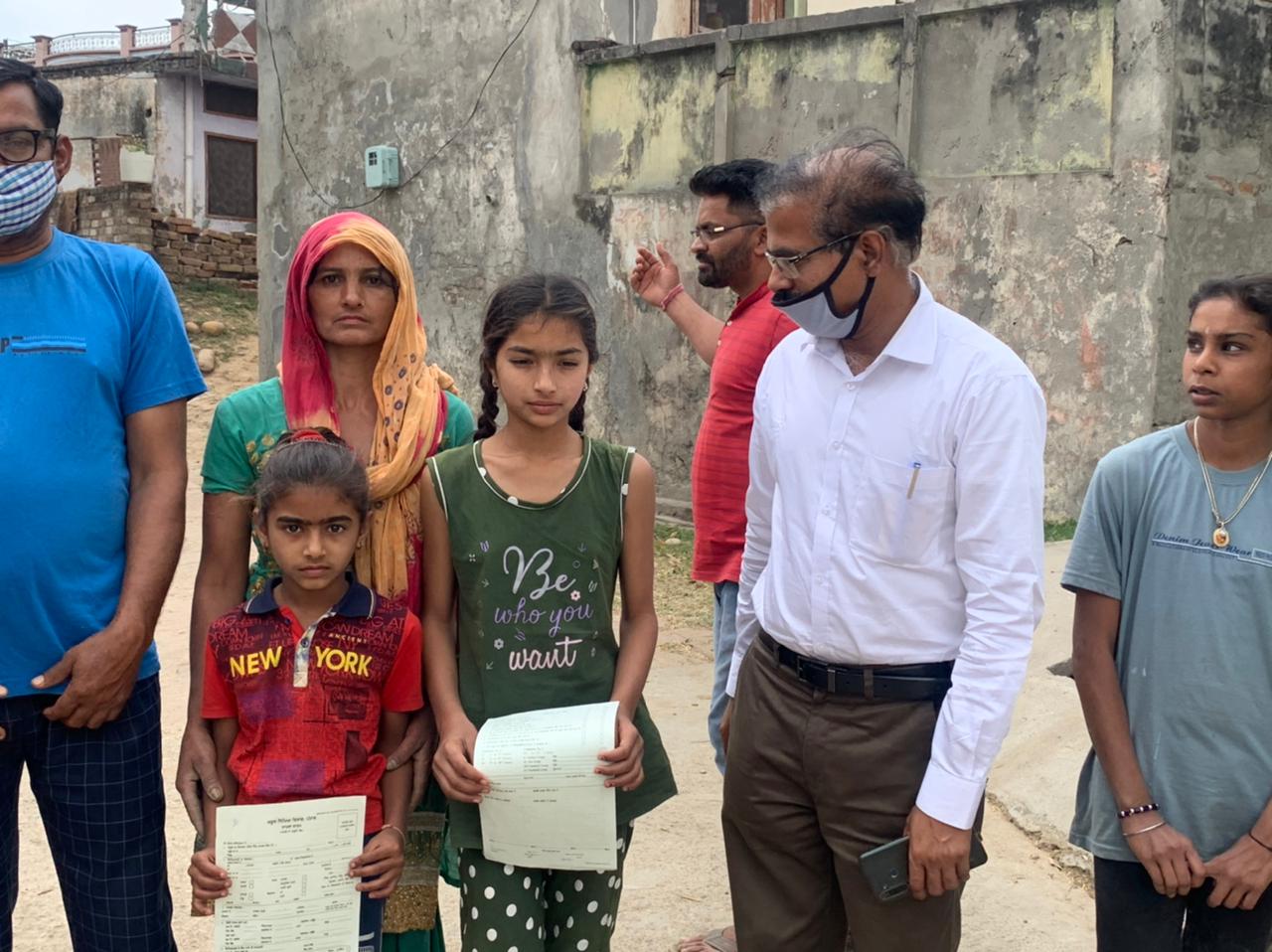 Starting from Government Senior Secondary School, Garhshanker in the morning, Krishan Kumar, also visited government schools situated at villages Mehandwani, Binewal, Gurubishanpuri, Habbowal, Seehwan, Khurali and Bhangal. He interacted with the school heads, staff and took stock of the progress of the extension and augmentation of infrastructural facilities, enhancement in enrollment especially shifting of students from private to government schools, potentialities regarding start of pre-primary classes in high and senior secondary schools.

He also went door to door at some villages to make the people aware about the various infrastructural as well as quality education facilities to mobilise them to get their wards admitted in government schools.

Having seen the Education Secretary on the Enrollment Drive at  village Binewal, Sanjay Kumar husband of Amandeep, Sarpanch of village Pipliwal, stopped there and apprised him of the initiative taken by the village Panchayat to register as many as 45 students for getting the Govt. Primary School, Pipliwal, reopened.

“The school was closed due to deficient strength of students in 2017. The village panchayat headed by his wife Amandeep with active cooperation from village residents, have efforts to spruce up school building and enroll students to get it restarted in public interest. After registering as many as 45 students, a case for restarting the school was submitted with the department", he told the Education Secretary, who immediately took stock of the case-file from the concerned officials and sanctioned the reopening of the school on the spot.

Krishan Kumar also visited the nearby religious place Sri Khuralgarh Sahib.  He lauded the cooperation being extended by the managing committee to the enrollment drive launched by the Education Department.

It is pertinent to mention here that the Education Department has organised Awareness Camps on the occasion of Baisakhi Mela and the birth anniversary of Dr. B.R. Ambedkar at different places including Heritage Street, near Sri Harmander Sahib, Amritsar, Panj Piara Park, Sri Anandpur Sahib, Sri Damdama Sahib and Sri Khuralgarh Sahib.

He also appreciated the dedication of the officials of the Education Department and school teachers, who have set up canopies, LED projectors, flex hoardings and distributed pamphlets among the devotees during the Melas.

The Management Committee of Sri Khuralgarh Sahib led by Sant Satwinder Singh Heera, National President, Adi-dharam Mission, assured the Education Secretary that the volunteers of the Adi-Dharam Mission would extend whole hearted cooperation to propagate the achievements of the Education Department in providing better infrastructural as well as quality education facilities in government schools to mobilise people to avail of these facilities by getting their children admitted there instead of facing exploitation at the hands of private schools.