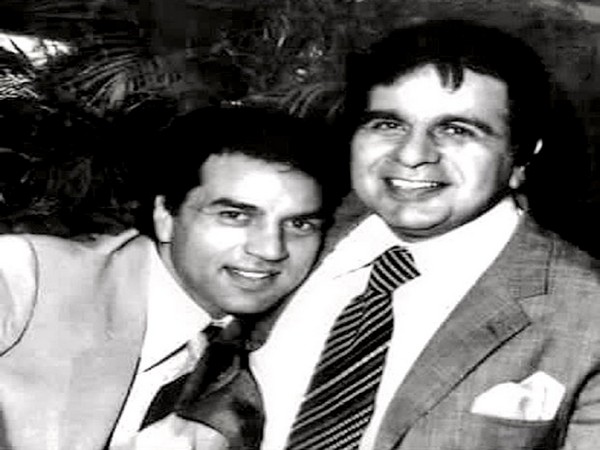 Since the news of megastar Dilip Kumar's illness surfaced, people have been praying for his quick recovery on social media. Dharmendra Deol, a veteran actor, also asked fans to pray for his health on Monday.

The 85-year-old actor took to Twitter to post a candid flashback photo of himself sitting with Dilip and his wife Saira Banu. 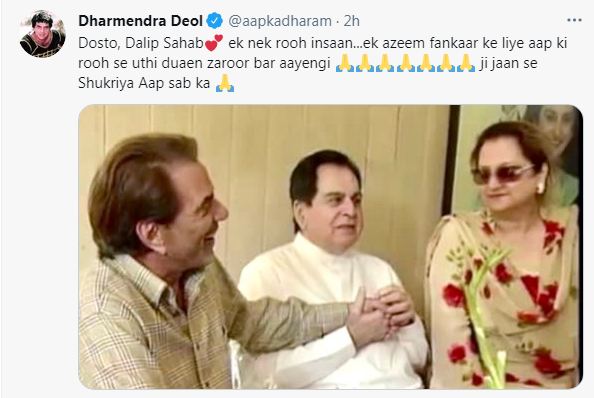 The actor shared a rare monochrome photo from his youth on Sunday. Dharmendra was seen hugging Dilip and posing for the camera in the throwback photo. 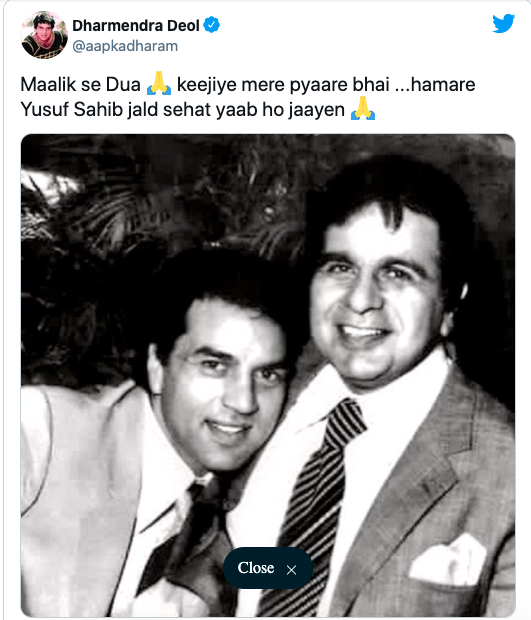 Dilip Kumar, the tragedy king, was admitted to PD Hinduja Hospital in Khar, Mumbai, on Sunday and was diagnosed with bilateral pleural effusion. He is currently on oxygen support in the ICU ward, however his condition is said to be stable.

For the past two days, the megastar has been having trouble breathing and has been brought to the hospital. "Veteran actor Dilip Kumar has been diagnosed with bilateral pleural effusion and placed on oxygen support in ICU ward," said Dr Jalil Parkar, the pulmonologist treating the actor at the hospital. Also Read: Rhea Chakraborty to NCB: ‘Sara Ali Khan rolled Marijuana joints, I smoked with her’

The actor's condition is stable, according to the doctor, who also said, "His health has now stabilised. He is not on a ventilator despite being in ICU. We are doing everything we can to ensure that he recovers quickly and returns home.

The tweet read, "Don't believe in WhatsApp forwards. Saab is stable. Thank you for your heartfelt duas and prayers. As per doctors, he should be home in 2-3 days. Insh'Allah."

In recent years, the celebrity has been dealing with age-related health difficulties. The 98-year-old actor was taken to the same hospital last month for two days for routine exams and tests.