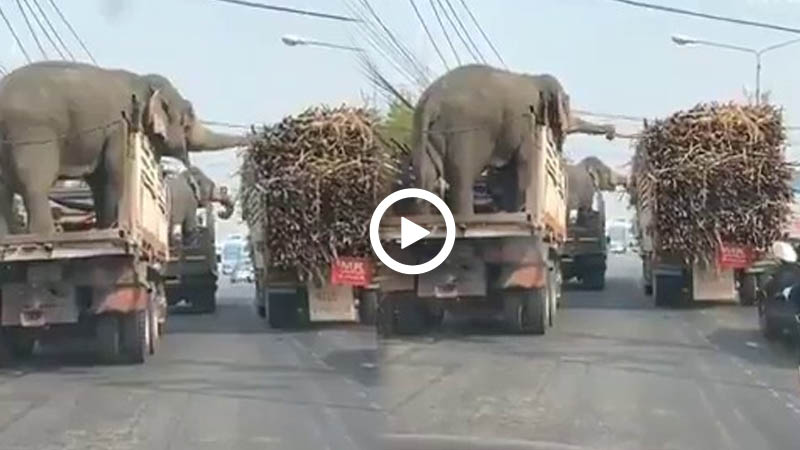 In a daily dose of viral video, a usual but funny video has surfaced online. The viral video was shared on Twitter by Susanta Nanda of the Indian Forest Service on Thursday and has already been viewed over one lakh times.

He shared the video on Twitter with the caption, "Delicious lunch break. Sugarcane is one of favourite food of elephants. In captivity sugarcane is an integral part of the diet plan. To provide energy."