“GBS should be added to the product information as a side effect of Vaxzevria,” informed European Medicine Agency. 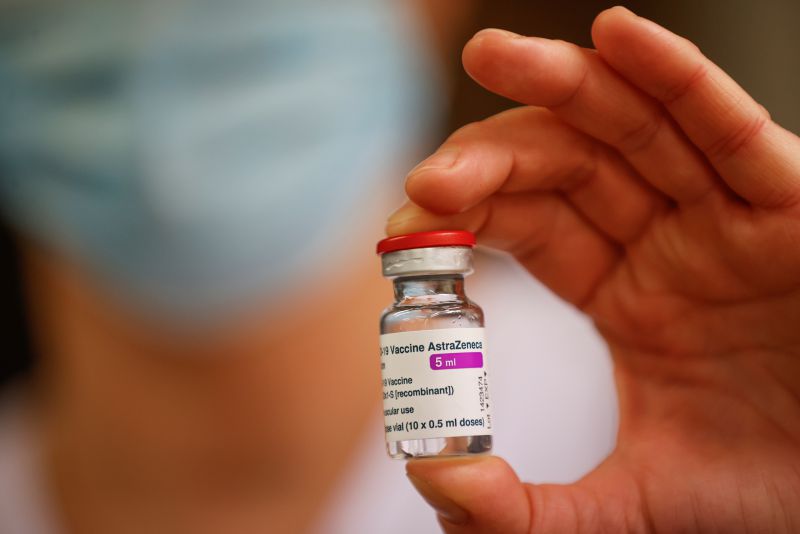 On Wednesday, European Medicine Agency (EMA) has listed the neurological disorder Guillain-Barre syndrome, which can cause temporary paralysis, as a “very rare” side-effect of the AstraZeneca Covid-19 vaccine.

In an update, EMA said that a casual relationship was considered at least a reasonable possibility. Till July 31, around 833 cases of syndrome have been reported from about 592 million doses of AstraZeneca covid-19 vaccine – Vaxzevria, administrated.

“GBS should therefore be added to the product information as a side effect of Vaxzevria,” informed the medicine agency adding that it was a very rare side-effect, occurring in one out of 10,000 people.

In the United States, around 3000-6000 people have been suffered from this “very rare” side-effect, each year and most of them recover.

EMA further warned and recommended people seek medical attention if they develop weakness and paralysis in the extremities that can progress to the chest and face.

In July 2021, the European Medicine Agency stated Guillain-Barre syndrome as a “very rare” symptom of Johnson & Johnson Covid-19 vaccines, which uses the same adenovirus technology as the AstraZeneca vaccine. The same concern was showed by the US Food and Drug Administration as it warned of an "increased risk" of developing the neurological syndrome with Johnson & Johnson's dose.

Vaxzevria is a vaccine is made by AstraZeneca, to fight against the SARS-CoV-2 virus and is administrated to people aged 18 years and older. Vaxzevria is made up of another virus (of the adenovirus family) that has been modified to contain the gene for making a protein from SARS-CoV-2.

The vaccine is administrated through two doses and the second dose should be given between 4 and 12 weeks after the first dose.