Emraan Hashmi to make an Epic entry in Tiger 3; Makers to spend ₹10 cr plus 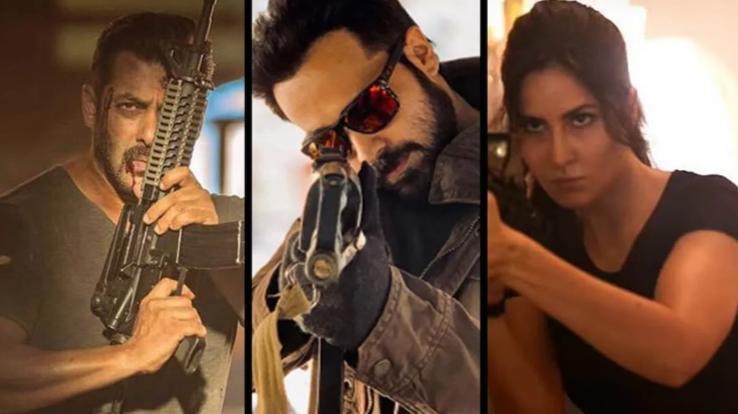 The most popular on-screen couple Salman Khan and Katrina Kaif will be seen together in their upcoming movie ‘Tiger 3’. Tiger and Zoya’s chemistry is already loved a lot by their fans. This film is going to be nothing but a blockbuster.

In Tiger's third installment, romantic actor Emraan Hashmi will be seen in the negative role of an ISI agent. Apart from such a strong star-cast, makers are trying their best to put their best foot-forward in front of their audiences. Emraan Hashmi's action-packed entry is going to be shown in the film, for which the makers have spent more than 10 crores.

Emraan Hashmi is playing the role of ISI in the film, will be portrayed as the Tiger of Pakistan. As Emraan's character is completely new, the makers want to make his entry look bang on par with Salman.

Talking about the film, Salman Khan and Katrina Kaif resume shooting for Tiger 3 today at Yash Raj Studio. Emraan is expected to join the team soon. Talking about it, the sources said, “Both Salman and Katrina have been working out for the Mumbai and overseas leg of the film as the schedules require them to do some of the most intense scenes of the film. In fact, starting today, Salman and Kat will be shooting for what is touted to be the most intense schedule of T3.”

Also read: Ladakh to get its first Central University, to cost ₹750 crore

Once the Mumbai schedule wraps up by mid-August, the cast and crew will fly abroad for the overseas leg. As per reports, Shah Rukh Khan, who is currently busy with YRF’S ‘Pathan’, has a cameo in Tiger 3 and will shoot for the same next month.