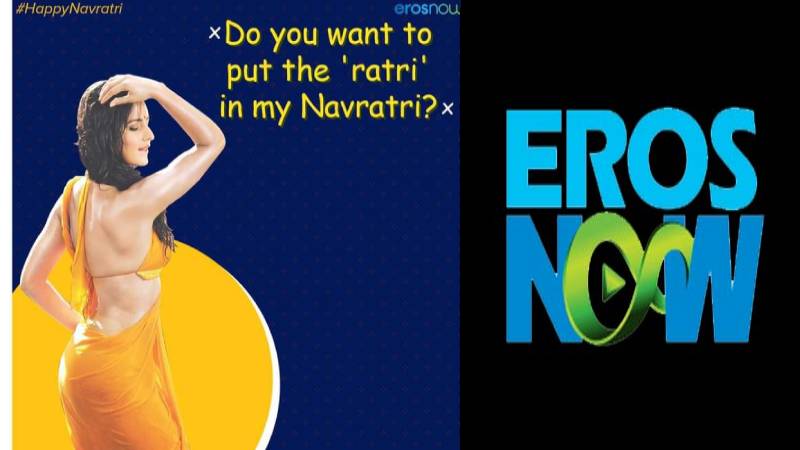 While a Christian teacher was beheaded in France in the middle of the road for just sharing a cartoon on Prophet Mohammad, attacks on Hindu festival has been increased here in India. India has entered into the mood of festive ever since Navratra has started. Navratra depicts women's power. However, a well-established production company shared 'sexual and controversial' posts on the occasion of Navratri.

The post was featuring Salman Khan, Ranveer Singh, Katrina Kaif with double meaning quotes connected to Navratri. As a result, people started to slam Eros Now and its CEO Ali Hussein.  The tweet that featured Ranveer reads, “Be naughty, sweet toh mithai bhi hai #Navratri #dandiya,” while the picture featured of the actor was captioned, “Let’s have some majama in my pyjama.” On the other hand, the tweet where the picture featuring Katrina Kaif was shared was captioned, “Do you want to put the ‘ratri’ in my Navratri?'

After the social media started to trend boycott Eros Now, the production company issued a public statement. It said, "To all those concerned, We at Eros love and respect our cultures equally. It is not and it has never been, our intentions to hurt anyone's emotions. We have deleted the concerned posts and we apologise for having offended anybody's sentiments."