Everton VS Burnley Updates: Everton struck three times in seven minutes in the second half 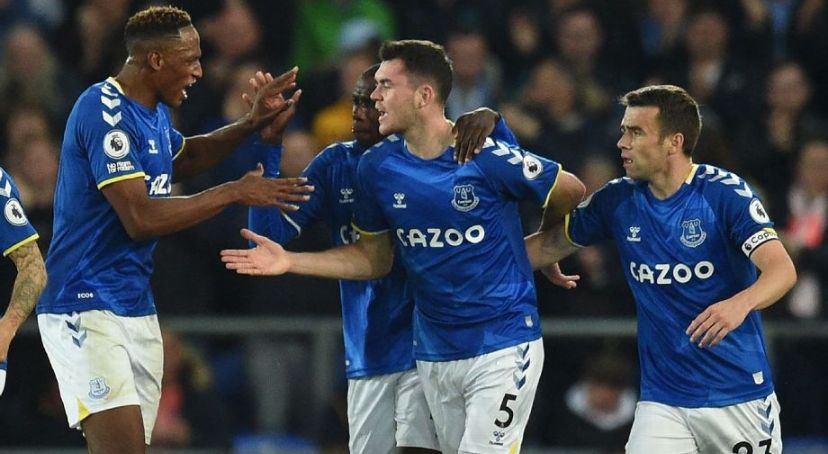 Here are the Match updates:

·        Andros Townsend scored a long-range screamer on Monday night to help Everton seal a 3-1 comeback in the Premier League against Burnley at Goodison Park. Five minutes later, the Everton winger scored himself with a curling 25-yard finish into the top corner.

·        Townsend received the ball just inside Burnley's half before cutting in onto his left foot and let loose a brilliant strike that curved and dipped to beat goalkeeper Nick Popeand send fans into a frenzy.

·        Demarai Gray made it 3-1 and ensured the three points as the Rafa Benitez-managed side went joint-top in the league.

·        Townsend said after the match, “I have to give a shout-out to my mum because during the week she sent me a compilation video of all my goals. She clipped them all together and she told me I need to believe in myself again. I think you saw that with this goal here.”

·        Benitez said after Everton's comeback, "The reaction of the players, it doesn't matter the system, was very good."

·        Everton moved into fourth spot with 10 points from four games -- level on points with Liverpool, Chelsea and United.

Also read: Neeraj Chopra and PR Sreejesh to appear next on 'KBC 13' hotseat

·        Dyche said, ‘It had been very pleasing to come away and dominate at a place this. The game got away from us in a mad six minutes.”

·        “Last season we had injuries and were stretched. The performances are not far away but the margins are tight. We are performing well as a team but we cannot keep having a soft 10 minutes against Brighton and a soft six minutes here,” Dyche told BBC Sports in his interview.