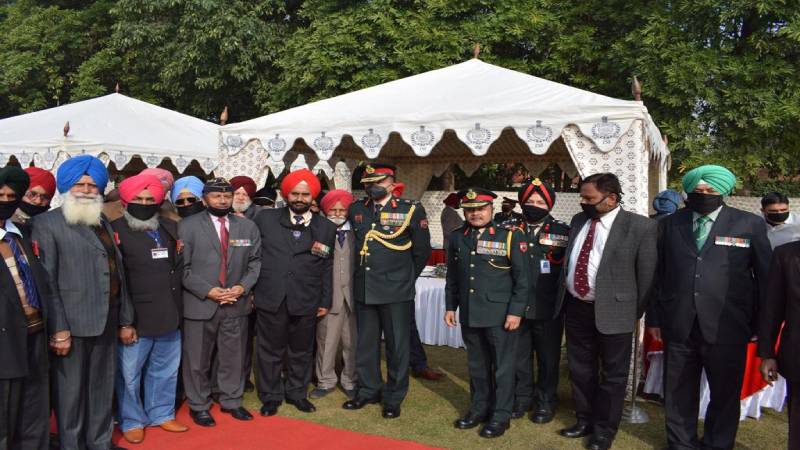 Jalandhar: 14 Jan 2021: A Tri-services Veterans event was organised by Vajra Corps at Jalandhar Cantt and Ludhiana Military Station on the occasion of ‘Armed Forces Veterans’ Day’ today under the theme of Swarnim Vijay Varsh 2021.

This day is observed every year on 14th Jan to recognise and acknowledge the monumental contribution of the veterans to the nation and the organisation.

The Corps Commander while acknowledging the selfless devotion to duty and sacrifices made by the veterans said that “Veterans are an extremely important part of the Armed Forces family.  All measures will be taken by Vajra Corps to ensure that their needs and aspirations are met”.

The Veterans appreciated the conduct of the event and conveyed their gratitude to the Vajra Corps and the Indian Army.

The GOC also attended a large rally of veterans at Ludhiana with over 300 Veterans.  Further, a Medical Camp and CSD facilities were also catered for maintaining all COVID protocols. The GOC also felicitated veterans in all stations.

A Video message was transmitted to all ECHS Polyclinics affiliated with Vajra Corps.

A large number of Armed Forces veterans from the three services and serving personnel of the station attended the events.  Similar ceremonies were also held at Ferozepur, Amritsar and Beas Military Stations.