Meghan Markle and Prince Harry: From step down as senior members of Royal family to removal of wax statues from Madam Tussads. Everything you need to know about

The couple announced that in the next chapter of their life they will "work to become financially independent". Though the couple is stepping down as senior members, they would still be working in full support with The Queen, they announced in the statement. 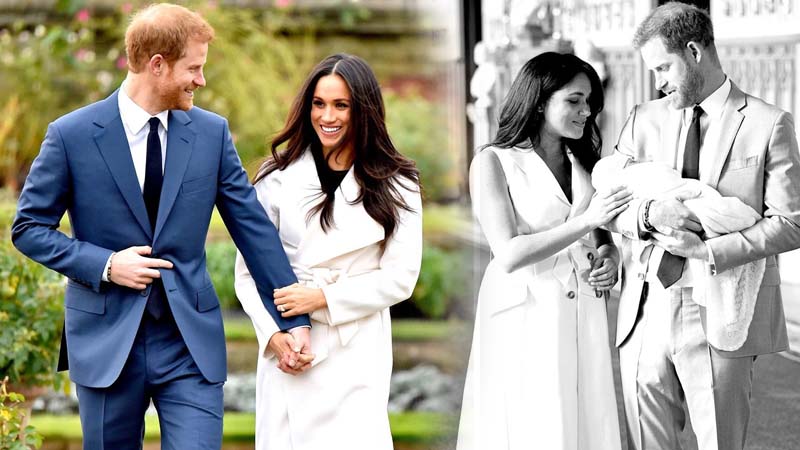 On January 9, Meghan Markle and Prince Harry have decided to step down as the senior members of the Royal family. The announcement was made by the Duke and Duchess of Sussex last night. They posted a long statement explaining their decision.

The couple announced that in the next chapter of their life they will "work to become financially independent". Though the couple is stepping down as senior members, they would still be working in full support with The Queen, they announced in the statement.

With this decision, the Royals have also decided to balance their time between the United Kingdom and North America for a better environment to raise their son, Archie. "This geographic balance will enable us to raise our son with an appreciation for the royal tradition into which he was born, while also providing our family with the space to focus on the next chapter", Meghan and Harry said in the statement.

London's Madame Tussauds museum removed the wax figures of Prince Harry and his wife Meghan from its British royal family display, in response to the couple's announcement that they will be stepping back from royal duties.

The Duke and Duchess of Sussex announced on Wednesday that they intend to divide their time between North America and the UK to carve out a "progressive new role" and step back from their senior positions.

Support for Meghan Markle and Prince Harry on London's streets:

Love them or hate them, the British Royals are peerless purveyors of news stories and there was no shortage of opinions in London on Thursday about Prince Harry and Meghan Markle’s shocking plans to strike out on their own.

Media headlines in Britain were mostly negative but members of the public in central London appeared more sympathetic to the couple’s desire to step back from their roles as senior royals.

"After the time they’ve had with the British press, I think it’s a good move for them," said Bobby Locke, the manager of a bar in central London, alluding to the pair’s complaints of unfair and inaccurate coverage.

Locke said Harry's attempt to find a path for himself outside tightly controlled Royal protocol was understandable, given his ill-defined status as younger sibling to a future monarch.

"Historically, it’s usually the sibling of the future king that’s the runaway one - Princess Margaret, Prince Edward, they all wanted to have their own lives because they’re born into something they can’t be," he said.

Since his elder brother Prince William had three children with his wife Kate, Harry has been pushed down to sixth in line to the throne.

But while the chance of a significant constitutional role for him has receded, his popularity has remained high, helped by his image as a creatable, emotionally articulate man.

"I like Harry. Harry’s a good guy, he’s more of an open guy than Will," said Zach Nur, a guide working on tourist buses.

Get the latest update about International News, check out more about Meghan Markle and Prince Harry, Stepping Down As Senior Royal Family Members, Everything On Prince Harry and Madame Tussads & True Scoop News