Explained: How Farm Laws will repeal in the parliament? 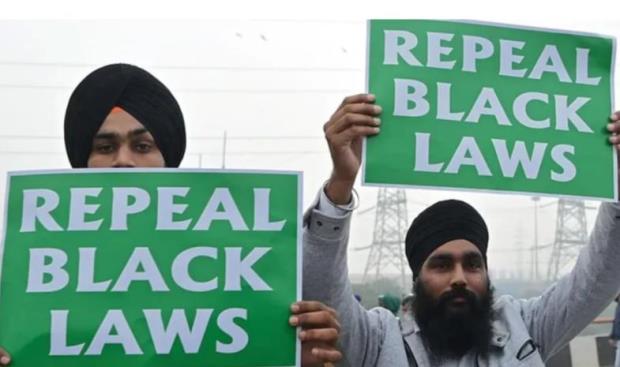 The central government on Friday decided that it will repeal the three new agri-laws over which farmers across India have been protesting for months. “Today I want to tell everyone that we have decided to repeal all three farm laws,” PM Narendra Modi announced in an address to the nation.

“Three laws were in farmers’ benefit but we couldn’t convince section of farmers despite best efforts,” PM Modi added.

In the first reactions from the farmers, farmer leader Rakesh Tikait, a key figure in the ongoing agitation against the three central agricultural laws said that they will not end the protest so soon. He also stressed that the government should talk to farmers over the issue of minimum support price (MSP) of crops and other matters.

"The protest will not be withdrawn immediately; we will wait for the day when the farm laws are repealed in Parliament. Along with MSP, the government should talk to farmers on other issues too," Tikait tweeted in Hindi.

Let us know now that how a bill lapse in the Parliament session.

We sometimes read news about lapsed bills with respect to Indian Parliament as well as State Legislatures. But when does a bill lapse? Normally, bills lapse in connection with the dissolution of Lok Sabha or State Legislative Assembly.

Cases when a bill lapse:

·       A bill originated and passed by the Rajya Sabha but pending in Lok Sabha – lapses.

·       A bill originated and passed by the Lok Sabha but pending in the Rajya Sabha – lapses.

·       A bill originated in the Rajya Sabha and returned to that House by the Lok Sabha with amendments and still pending in the Rajaya Sabha on the date of the dissolution of Lok Sabha- lapses.

How is a law repeal in Parliament?

Senior jurist Subhash Kashyap and Virag Gupta, constitution expert, said the amendment bill would have to be tabled in Parliament in the same manner as any law.

The next session of Parliament is likely to start on November 29. Article 245 of the Constitution empowers Parliament to enact as well as repeal any law.

Steps to be followed during repeal of any law in India:

·       Firstly, the government will introduce a bill in this regard in both the houses of the Parliament.

·       This bill will be passed by both the houses of the Parliament on the basis of majority.

·       After the bill is passed, it will go to the President. The President will put his seal on it.

·       After the President's seal, the government will issue the notification.

·       Agricultural laws will be repealed as soon as the notification is issued.