Prime Minister Narendra Modi on Friday addressed the nation at 9 am. The announcement came on the Gurupurab/Prakash Utsav festival, when Sikhism founder Guru Nanak's birthday is celebrated in the country. “Today I want to tell everyone that we have decided to repeal all three farm laws,” PM Narendra Modi announced in an address to the nation.

He further said that “Three laws were in farmers' benefit but we couldn't convince a section of farmers despite best efforts”.

Netizens applaud this decision taken by the government and trend #KisanMajdoorEktaZindabaad on twitter. They have shared some memes related to farmers protests. Check them out here: 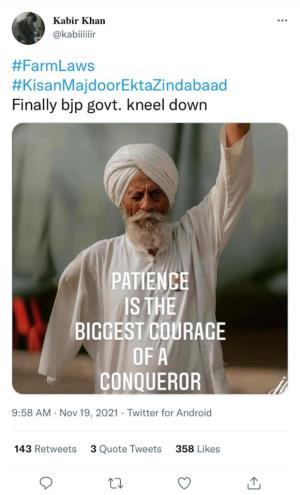 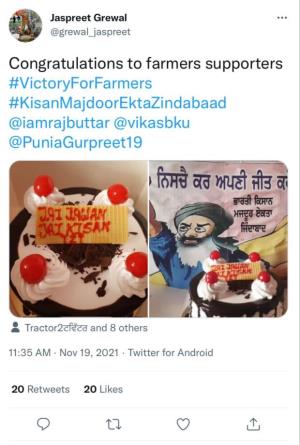 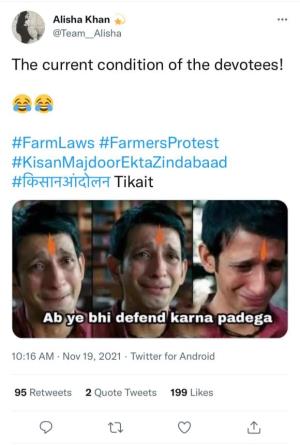 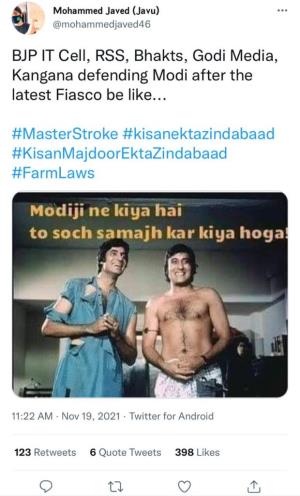 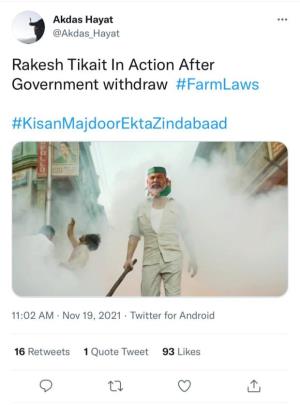 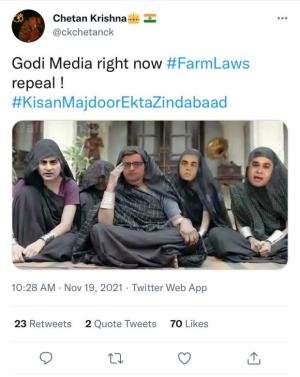