Explained: What is Cough Syrup Row which WHO linked to the deaths of 66 children in The Gambia with Made in India syrups 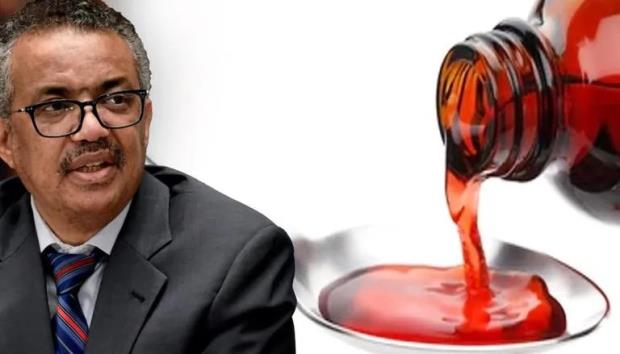 The Central Government has ordered an investigation into four cough syrups manufactured by a pharmaceutical firm based in Haryana after the World Health Organization warned that it could be possibly linked to the deaths of 66 children in the Gambia.

Top official sources in the Ministry of Health and Family Welfare said the WHO alerted the Drugs Controller General of India (DGCI) about the cough syrup on the 29th of September.

The information prompted swift action from the Drug regulator alongside Haryana’s top body launching a detailed investigation into the matter.

The syrups were manufactured by Sonipat’s M/S Maiden Pharmaceuticals Limited. The sources added that as of now the firm has only exported these syrups to The Gambia.

Amid the global row on the syrup, the company is yet to issue its stand on the matter. The local media tried to get in touch with its Delhi-based administrative office but was found shut this morning.

The WHO has warned that the syrups may have been distributed outside the West African country and global exposure is "possible".

The matter was brought to light by the apex health body chief Tedros Adhanom Ghebreyesus at a press meet yesterday. He informed the press that, “the four cold and cough syrups have been potentially linked with acute kidney injuries and 66 deaths among children.”

The top sources responding on the matter said, "exact one-to-one causal relation of death" has not yet been provided by WHO". Moreover, the WHO is yet to share the details and photos of labels confirming the manufacture of the product under the radar.

JioBook: The buzz around Reliance's low-cost laptop-Explained, its specifications and When can you buy?

The sample of the four syrups will be tested in Central and Regional laboratories and the result is expected to come within two days.

As per the established protocol, any drug exported from the country is tested by the recipient country and thus the question rises that why the contamination was not detected during testing in The Gambia.

The ministry officials said, that the WHO has not informed whether the drugs were used in the west African country without testing.

The alert further read, that, "To date, the stated manufacturer has not provided guarantees to WHO on the safety and quality of these products.

It further added that the laboratory analysis of the samples of the products has confirmed the syrups contained an unacceptable amount of diethylene glycol and ethylene glycol as contaminants.

The experts at the WHO have said that these substances are toxic to humans and can be extremely fatal, among the dire consequences it said, can cause severe abdominal pain, vomiting, diarrhea, problem while urinating, headache, unstable mental state, acute kidney injury, which might even lead to death in the adverse scenario.