Explained: What is Delhi Liquor Policy Scam and what is its Punjab link? 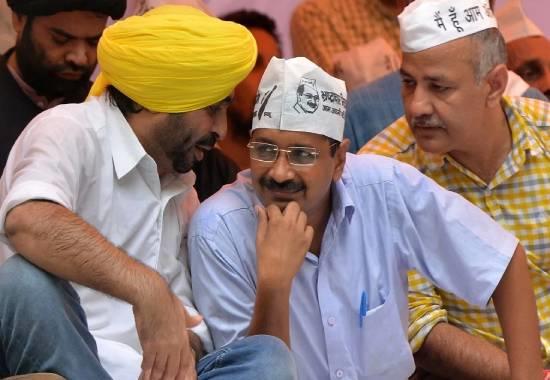 The Enforcement Directorate (ED) and the CBI have been working day and night to unearth the Delhi Liquor Policy scam case. The Delhi Liquor Policy scam case became the talk of the town when Delhi Deputy Chief Minister (CM) and AAP leader Manish Sisodia came under the scanner of Central investigative agencies with CBI raiding his residence in the above-mentioned case. A massive political uproar erupted after CBI raided Delhi Deputy CM's residence over the Delhi Liquor Policy scam on the day when the New York Times hailed the improved education system and facilities in the government schools. Manish Sisodia, who also heads the Excise department in the national capital on July 30 announced the scrapping of the government’s new liquor rules under Delhi Excise Policy 2021-22, allowing only government-owned liquor vendors to operate in Delhi, despite a 27% increase in government revenue amounting to Rs 8,900 crore resulting from the new excise regime for liquor sales.

In November 2021, the new liquor policy was implemented and under this, the Delhi Government took an exit from the liquor trade entirely, shutting all government-run vends, and the sale of liquor was handed over exclusively to private players. The Delhi government had stated that the newly passed liquor policy will eliminate the liquor mafia, increase revenue for the government, and enhance the consumer experience, however, Delhi's chief secretary Naresh Kumar’s report released on July 8 said otherwise.

What did Naresh Kumar’s report said on Delhi's Liquor Policy launched by the AAP?

The first alarm in newly formed Delhi Liquor Policy was flagged by Delhi chief secretary Naresh Kumar who found irregularities and procedural lapses in the new liquor policy and sent a report to Lt Governor VK Saxena accusing Delhi Deputy CM Manish Sisodia of providing undue benefits to those holding liquor licenses. He alleged the benefits were extended in return for the money that was used by the AAP in the Punjab Assembly polls (in which Aam Aadmi Party won).

In July, the Lieutenant Governor of Delhi, Vinai Kumar Saxena, recommended a CBI probe in connection with the new policy regime, directing Delhi’s Chief Secretary Naresh Kumar to submit a detailed report of the “role of officers and civil servants in its illegal formulation, amendments and implementation.” In his report, Kumar pointed out that the decision to change the liquor policy was done without the authorisation of the L-G, providing ‘undue benefits’ to private liquor vendors. As a result, a response was sought regarding the same from Sisodia on July 8.

Furthermore, Kumar in his report outlined the 'procedural lapses' when the new Liquor Policy was implemented. The report also highlighted that t the approval of a waiver to the tune of Rs 144.36 crore on tendered licence fee due to COVID, without the authorisation of the L-G was made by the Delhi Government. Not only this, it further said that an import pass fee of Rs 50 per beer case was also waived off which resulted in huge losses for the excise department while profiting the licensees.

In the Delhi Liquor Policy scam, Kumar had communicated to the EOW regarding the alleged anomalies and monopolisation of the liquor trade as a result of the new excise policy. The Delhi Police EOW wing then collected video recordings of several meetings held in the excise department for over a fortnight last month. Following that the EOW contacted the Excise Department asking for the documents on the tender policies, distribution of licenses and the procedure followed to curb unfair trade practices.

Cheetah in India: Why Cheetahs were brought from Namibia? Project Cheetah, a brief history

It is pertinent to mention here that after Delhi LG recommended CBI probe into the liquor policy, Manish Sisodia withdrew the new liquor policy and reverted to the older policy which permits government-owned shops to sell liquor on July 28.

The Delhi Liquor Policy which was implemented in November 2021 was proposed in 2020. The Delhi Liquor Policy totally changed the manner in which alcohol was sold in the national capital. While the government took a total exit from the liquor trade, the power was handed over to the private players. In the old liquor policy, only government-owned liquor vendors were permitted to sell alcohol. Under the old liquor policy, only 4 government corporations ran 475 of Delhi's total 864 liquor stores, however, under the new policy, 849 liquor vends were awarded to private companies through open bidding. It means it was the Delhi Excise Policy 2021-2022 that introduced private players in the market of Delhi. Not only this, but the new liquor policy also allowed the private players to offer discounts on the MRPs. The private players were also allowed to deliver liquor at home, and even keep their shops open till 3 am. Interestingly, this policy change resulted in a 27 percent increase in government revenue to Rs 8,900 crores and marked the complete exit of the Delhi government from the liquor business.

ED and the CBI have been raiding many locations in Punjab in the Delhi Liquor Policy scam. For those wondering why so, the answer lies in Naresh Kumar's report. In his report submitted to Delhi CM Arvind Kejriwal and Lt Governor VK Saxena, it alleged that Delhi Deputy CM Manish Sisodia of provided undue benefits to those holding liquor licenses. The report further alleged the benefits were extended in return for the money that was used by the AAP in the Punjab Assembly polls (in which Aam Aadmi Party won). Furthermore, two companies named Brindco and Anant Wines and spirits have been named in the Delhi Excise Policy scam case. Both companies have been allotted wholesale liquor licenses for Indian-Made Foreign Liquor (IMFL) and Bottled-in Origin (BIO) in Punjab. The allotment of licenses to these two private entities have enabled them to capture almost 70 percent of the market of IMFL and BIO business. In this case, the ED has already raided the premises of Excise and Taxation commissioner Varun Roojam and Naresh Dubey.