Explained: What is Florona? First case of Covid plus influenza reported in Israel

Florona's discovery comes as the world battles a new wave of the covid pandemic sparked by Omicron. 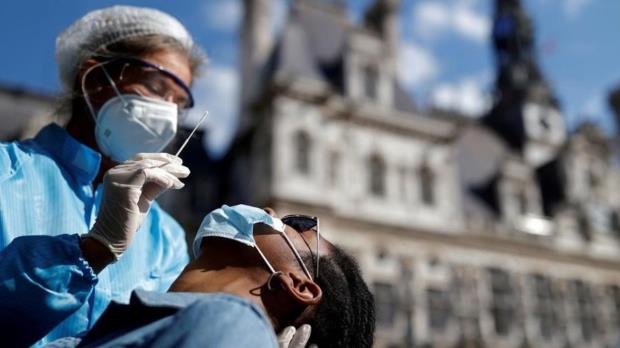 As a new and highly contagious Covid variant 'Omicron' knocked on the door of the world, Israel has reported its first case of Florona. Florona is believed to be a double infection of Covid-19 and influenza.
The first case of this double infection was recorded last week in a pregnant woman admitted to the Rabin Medical Centre to give birth.
The woman was not vaccinated, according to the Israeli newspaper Yedioth Ahronoth.
What is Florona?
Aforementioned, Florona is a double infection of Covid-19 and influenza. It is, however, not a new mutation of Covid-19. Florona indicates a severe failure in the immune system as two viruses are infecting the human body at the same time.
Florona's discovery comes as the world battles a new wave of the covid pandemic, sparked by the new variant Omicron, which was originally discovered in South Africa in November 2021. In the United States and the United Kingdom, the highly contagious variant has already surpassed the previous Delta mutation.
Meanwhile, on Friday (December 31), Israel's national health providers began administering fourth COVID-19 vaccine doses to people with impaired immune systems.
Also Read: India logs 33,750 new Covid-19 cases
According to Time of Israel, the Director-General of the Health Ministry, Nachman Ash approved booster shots for immunocompromised patients due to the Omicron infection wave, so long as at least four months have passed since their third dose.
Delmicron threat
Delmicron is also not a new variant, but rather a combination of Delta and Omicron strains. It has also been considered as a possible reason for the spike in the US and Europe, according to experts.
Moderna's chief medical officer, Dr Paul Burton commented on Delmicron, saying that both strains could swap genes and produce a more deadly variant. "There's certainly data, there have been some papers published again from South Africa earlier from the pandemic when people - and certainly immunocompromised people - can harbour both viruses," said Burton while talking to Daily Mail.
The World Health Organization (WHO) has recognized Alpha, Beta, Gamma, Delta, and Omicron as variants of concern.