Narendra Giri's body will be kept in the Baghambari Peeth for the antim darshan. After the postmortem, a ceremony of his Samadhi will be held according to religious rites. 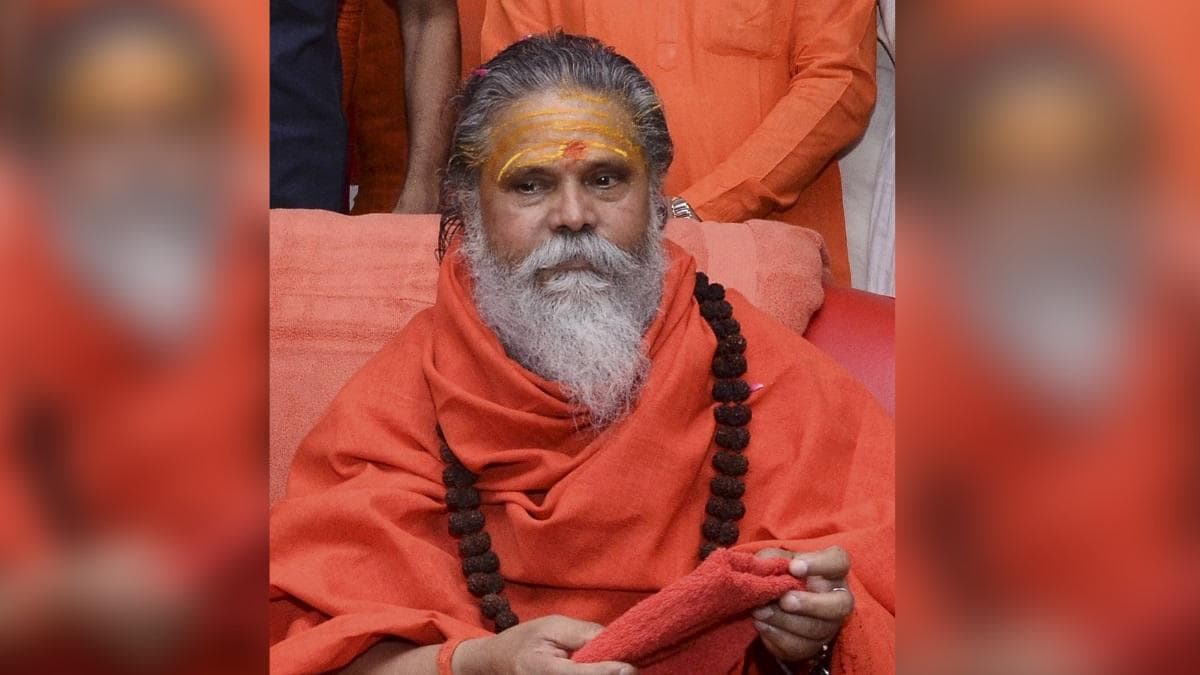 Suspense over the death of All India Akhara Parishad president Mahant Narendra Giri continues as investigation in the case is underway. Reportedly, a suicide note was recovered near the seer's body.
Mahant Giri’s closest disciple Anand Giri has been arrested under IPC Section 306 (Abetment of suicide) as he was named in the note. FIR in the case was lodged after another disciple, Amar Giri Pawan Maharaj, submitted a complaint.
Narendra Giri's body will be kept in the Baghambari Peeth for the antim darshan today. The ceremony of his Samadhi will be held according to religious rites.
Who was Mahant Narendra Giri?
Narendra Giri was a renowned seer who was frequently seen with the country's top politicians. While devoted to spiritual traditions, he was instrumental in bringing together many Sant Samaj streams.
The 72-year-old Mahant was found dead in his room in the Baghambari Math in Prayagraj, Uttar Pradesh.
He had gone to his room after lunch but did not react when disciples knocked on his door or frequently called him on his mobile phone.
Later disciples broke into the room and found him hanging.
The reason behind Narendra Giri’s suicide?
Reportedly, he was being blackmailed by a CD, which is now seized by the cops. A senior Samajwadi Party (SP) leader is one of the accused in the blackmailing case.
More than a half-dozen people have allegedly been detained, including some political party members. Narendra Giri's security staff would also be questioned.
What did Mahant Giri write in his suicide note?
Before taking his life, Mahant Narendra Giri allegedly wrote a suicide letter in which he mentioned the names of people harassing him. Along with Anand Giri, Adya Tiwari, the priest of Hanuman temple and his son Sandeep Tiwari were mentioned in the letter.
According to IG KP Singh, the suicide letter stated, "I lived with dignity, will not be able to live with insult, which is why I am ending my own life." The seer also stated in the 7-8-page letter that he was disturbed for a number of reasons and had decided to take his life.

Also Read: Mahant Narendra Giri's autopsy will be on Tuesday

In his letter, he also mentioned what should be done with the ashram after his death.
“We are reading the note,” said police officials.
According to sources, Narendra Giri had also recorded a video before his death whose content is said to be similar to that of the suicide note.
Who is Anand Giri?
The main accused in Mahant Narendra Giri’s suicide case, Anand Giri was seer’s close disciple until they fell out in May.
The seer is said to have expelled Anand Giri due to suspicions of fraud and financial mismanagement. A few days later, there was an apparent patch-up, with a video showing Anand Giri begging forgiveness at his mentor's feet, but the police suspect it was momentary.
“Culprits won’t be spared”
After the death of Mahant Narendra Giri, the Uttar Pradesh Chief Minister Yogi Adityanath tweeted, “The death of president of Akhil Bharatiya Akhada Parishad, Mahant Narendra Giri, is an irreparable loss for the spiritual world. I pray to Lord Ram to provide his spirit a place at his feet and give strength to his followers to bear this pain.”
"Several pieces of evidence" have been gathered, according to the Chief Minister, and the "culprit will not be spared."