Explained: Who is Aung San Suu Kyi? Why she has been sentenced to prison? 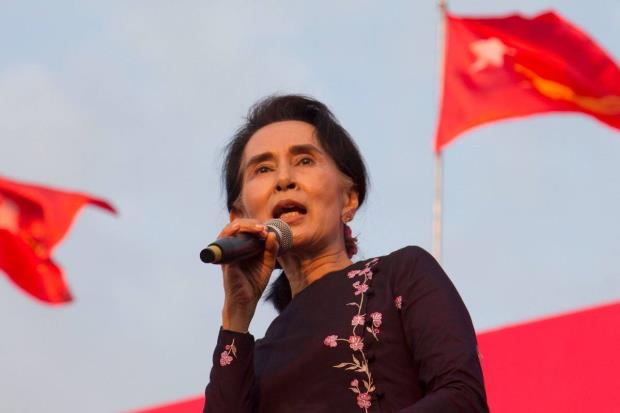 But, Who is Aung San Suu Kyi?

Aung San Suu Kyi, the deposed Myanmar leader, is the daughter of General Aung San, the country's freedom icon who was slain in 1947, less than six months before the country, then known as Burma, gained independence from Britain.

She began her political career in 1988.

In 1991, she was awarded Nobel Peace Prize for her nonviolent struggle for democracy.

Suu Kyi's party scored a landslide win in the 2015 general election. However, a constitution developed and passed under army direction in 2008 gave the military significant power.

In 2016, Parliament was convened with Suu Kyi's party having a majority. In March, it formed a government. Suu Kyi was barred from becoming president by the constitution, but the role of state counsellor was created for her to head the government.

Suu Kyi's party won an even larger majority of parliamentary seats in 2020 than it did in the 2015 election.

However, Suu Kyi and other key party leaders and government officials were detained by the military in February 2021, shortly before the new session of Parliament was to begin. The army claimed it took control as a result of massive electoral fraud in November's election.

Suu Kyi was later charged with a series of alleged offences and is still being held in custody.

Why is she sentenced to prison?

The leader was found guilty of inciting the public against the military and breaking coronavirus prohibitions by the court.

The ruling is the first in a series of proceedings brought against the leader of the National League for Democracy after the junta overthrew her government. The 76-year-old leader faces a total of 11 charges, which can bring in a maximum imprisonment of 102 years.

The charge of incitement stems from statements made on Suu Kyi's party's Facebook pages after she was held by the military during a coup that stopped her from running for re-election.

On February 1, Suu Kyi's government was deposed by a military junta in a coup. The military used force to put down the nation's following protests.

According to media reports, the allegations of violating Covid protocols stem from a 2020 election campaign in which Suu Kyi waved to her supporters in vehicles while wearing a face mask and face shield.

Other Cases against Suu Kyi

Suu Kyi is also facing charges in other cases, including four different corruption charges stemming from her alleged acceptance of bribes and abuse of power in exchange for favourable real estate deals. Another case concerns her security personnel' suspected usage of unlicensed walkie-talkies.

Along with imprisoned Australian economist Sean Turnell, she is being charged for violating the Official Secrets Act.

The fifth case of corruption was also brought against Aung San Suu Kyi, though the trial has yet to commence. The junta recently filed a sixth corruption case against Suu Kyi and Win Myint, accusing them of bribing officials to rent and buy a helicopter.

The junta claims that Suu Kyi won the election through major voter fraud. However, all the allegations are refuted by the leader as well as the previous election commission and international monitors.