Explained: Fumio Kishida picked as the next Japanese prime minister

Kishida has served in several cabinet posts across different administrations. 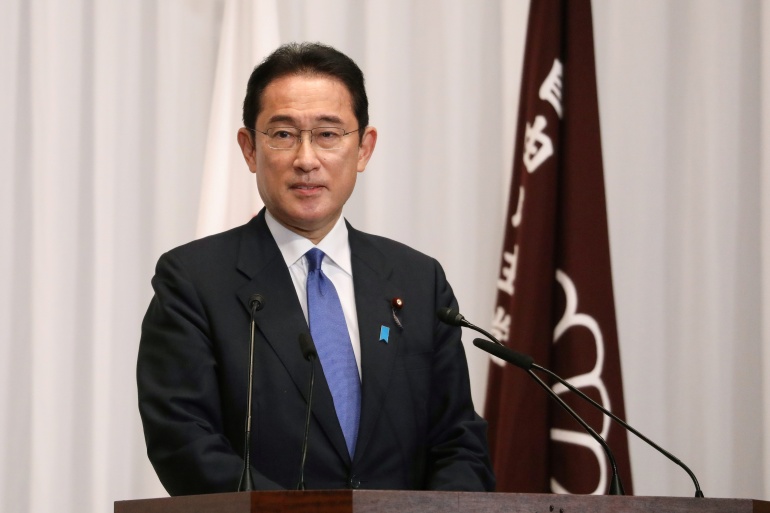 The former diplomat of Japan Fumio Kishida is set to become the successor of Prime Minister Yoshihide Suga after he won the leadership race at Japan’s ruling Liberal Democratic Party on Wednesday.

Kishida was able to overthrow his closet opponent, the popular vaccine king Taro Kono in a competitive vote race after none of the four candidates were able to reach a majority in the first round.

Even before Suga announced his decision to step down, his approval ratings were already sinking amid the extensive criticism of his administration's handling of the Covid pandemic. He has also been heavily criticised over his decision to carry on hosting the summer Olympic Games in Tokyo despite rising cases of Coronavirus and the area being under an emergency state at that time.

“Our national crisis continues. We need to keep working hard on the coronavirus response with strong determination, and we need to compile tens of trillions of yen of stimulus package by the end of the year,” in his acceptance speech stated Kishida.

The Japanese politician’s important goal as the premier will be to bring victory to the LDP in the upcoming national elections.

Kishida’s victory is a win for LDP technocrats

Kishida being elected as the LDP leader marks a win for the party’s technocrats establishment, said Jesper Koll, a director at Monex Group. “Kishida stands for stability, for not rocking the boat, and most importantly, for doing what elite technocrats tell him to do. On economic and financial policy, Kishida will follow a path of steadfast but incremental change,” Koll said.

He during the campaign pursuit has promised not to raise the consumption tax for the 10 years and a review of the pension and health-care system, were surprising said Koll, as he was unexcited while saying those on the public stage.

Who is Fumio Kishida?

Born to a Hiroshima-based family with a long political history, Kishida is set to be confirmed as the 100th prime minister of Japan on October 4. He studied at the School of Law at Waseda University before joining the Long-Term Credit Bank of Japan Ltd.

After an unsuccessful run for the office in 2020 after losing to Suga, Kishida was the first candidate to name himself to contest this year.

In 1993, he began working as a secretary to his father, Kishida Fumitake, a legislator of the lower house, following the footsteps of his father and grandfather. He ran for a general election in the same year and went on to run for a seat in the House of Representatives.

He served as the policy head of the LDP and later as the foreign minister between 2012-17, during that tenure he was negotiating agreements with Russia and South

Korea. He has proposed banning nuclear weapons and called it “his life’s work”, and accommodated in bringing former US President Barack Obama to Hiroshima on a historic visit in 2016.

Kishida has served in several cabinet posts across different administrations. He was appointed as parliamentary vice-minister for construction in the Obuchi and Mori cabinets, while under former prime minister Koizumi, he has worked as senior vice minister of education, culture, sports, science and technology.

In the years 2006 to 2007, under the leadership of former Prime Minister Shinzo Abe, Kishida acquired his first ministerial post as minister of state for Okinawa and Northern Territories affairs.

In the Fukuda cabinet, he has served as minister for space policy.

Fumio Kishida will go on to become the longest-serving foreign minister in Japan, the post he held on for four years and seven months – when Abe returned to power in 2012.

He later served as the country's defence minister and then as chairperson of the Policy Research Council of the LDP.

Kishida is known as a politician with moderate-liberal thoughts and is expected to change the otherwise conservative LDP.

Although he has a huge support of top leaders, his low-key presence throughout his life makes the critics believe him to be “bland” and lacking charm and power to attract.

In terms of foreign policy, Kidisha is expected to continue his predecessor’s commitment to a free and open Indo-Pacific that will likely improve ties with fellow members of the Quad.

Last month Kidisha issued a statement in which he said,“In order to protect such universal values as freedom, democracy, rule of law and human rights, we need to say firmly what needs to be said in the face of the expansion of authoritarian regimes like China, while cooperating with countries that share such values.” He has also previously described the Taiwan Strait as the “next major diplomatic problem” drawing reference to “China's clampdown on Hong Kong.”

Kidisha has always been a staunch advocate of non-nuclear proliferation and disarmament under the framework of the Nuclear Non-Proliferation Treaty (NPT). During his stint as Japan’s foreign secretary, he has called for denuclearisation through several of his writings in the form of articles and books. One of his significant achievements was ensuring a first of its kind visit of a sitting US President Barack Obama to Hiroshima in May 2016.