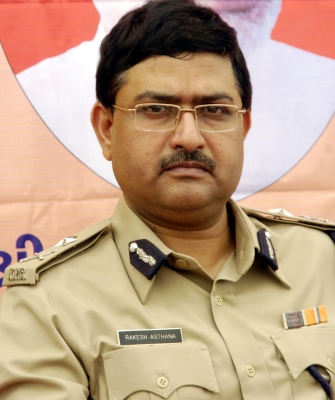 Rakesh Asthana, a 1984 batch IPS officer of Gujarat cadre, was holding the posts of Director General of Border Security Force (BSF) and chief of the Narcotics Control Bureau (NCB). Now, he will head the Delhi Police with a year's extension in service granted "in the public interest" said a union home ministry.

Asthana as the Director-General of NCB has been at the forefront of drug seizures and has directed investigation into the influx of cocaine and synthetic drugs in the Mumbai film industry.

He also led the NCB in its probe into the drugs angle in Bollywood that emerged following the death of Bollywood actor Sushant Singh Rajput last year.

As the Director General of BSF, Asthana has pushed the force to make the borders more secure by unravelling tunnels used by Pakistan-based terrorists in Jammu and Kashmir and Punjab.

Mr Asthana, who was dubbed "the PM's blue-eyed boy" by Congress leader Rahul Gandhi, was appointed despite the opposition of former CBI chief Alok Verma.

In October 2018, a public feud between the CBI's top two officers erupted when Asthana faced a prolonged inquiry into bribery charges.

After ordering an FIR against Asthana on corruption charges, Verma was ousted from his position as CBI director by the government.

What is the motive behind Asthana’s appointment as Commissioner of Delhi Police?

So far, there is no proof that the Modi government has any specific agenda behind the appointment of Rakesh Ashtana as Delhi Police chief. However, speculations are being raised as Prime Minister Narendra Modi and Home Minister Amit Shah have gone out of the way to make him chief of the Delhi Police. “With farmers still protesting at Delhi borders, and an inquiry into Delhi Riots is underway, the appointment of Asthana raises questions and it seems like he has been given the top post to fulfill some personal agendas of Modi-led-BJP government”, sources alleged.

Asthana was ruled out of the race for CBI Director two months ago because he was about to retire. When a team led by Prime Minister Narendra Modi met in May to choose a new top investigator, Chief Justice NV Ramana cited a Supreme Court ruling that officers with less than six months on service should not be eligible for police chief posts.

At least two candidates on the government's shortlist, including Mr Asthana, who was set to retire on July 31, were ruled out as a result.

According to an order from the Appointments Committee of Cabinet, which includes PM Modi and Home Minister Amit Shah, his appointment as Delhi Police Chief was made possible by an extension given "as a special case."

Also, this is one of the few times an IPS officer from outside the AGMUT cadre has been appointed as the Delhi Police Commissioner, as the post is usually filled by an officer from the Arunachal Pradesh-Goa-Mizoram and Union Territory (AGMUT) cadre.

He is the third officer from other cadres to be appointed to the top police post, following SS Jog and Ajayraj Sharma.

Also Read:
Explained: Why there is skirmish between Assam- Mizoram border?

Rakesh Asthana, on the other hand, is one of Prime Minister Modi's loyalists, having saved the skin of Modi and his ilk several times.

Asthana has a long history of working with the Sangh Parivar and "doing a good job" to further the BJP's electoral agenda. He has also served Modi well as the Surat Commissioner of Police, adhering to the chief minister's orders when he let raping and lynching mobs have free reign over Muslim victims in the aftermath of the 2002 Godhra massacre.