The term "Antifa" is short for "anti-fascist," and it is used by both supporters and opponents of fascism. 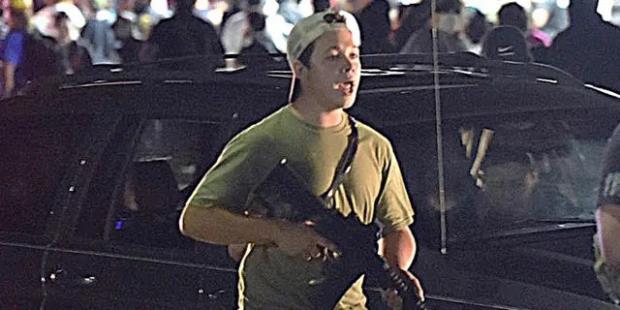 A jury on Friday passed its verdict on the trial of US teen Kyle Rittenhouse, who has fatally shot two men and injured a third during Kenosha protest and riots last year. The 18 year old has been cleared of all charges as he pleaded self-defence and not doing anything wrong.

Following the controversial verdict, Antifa is trending on Twitter, where the right-wing defends the verdict and human rights groups and democrats call it a “miscarriage of justice.”

But, What is Antifa?

Where right-wing Republicans categorise Antifa as a well-organized group of "terrorists," Democrats and many on the left argue that it is more of an "idea" than a movement.

However, Antifa is neither a well-organized movement nor an idea. Antifa is a loose alliance of grassroots activists from the United States and a few other countries.

The term "Antifa" is short for "anti-fascist," and it is used by both supporters and opponents of fascism.

People who identify as Antifa are known for opposing fascism, nationalism, far-right ideologies, white supremacy, authoritarianism, racism, homophobia, and xenophobia, among other things. Some anti-fascists also criticise capitalism and the government as a whole.

Antifa supporters are mostly on the left of the political spectrum. Notably, President Joe Biden, the Democratic Party, or its leaders are not affiliated with Antifa. Biden has criticised Antifa and called the violence "unacceptable."

Also Read: Kyle Rittenhouse who shot dead 2 protesters gets cleared of all charges

What does Antifa do?

Antifa has taken a variety of actions, ranging from tracking and publicly identifying members of alt-right groups to physically attacking foes.

According to Mark Bray, author of "Antifa: The Anti-Fascist Handbook," the vast majority of anti-fascist tactics do not involve any physical violence. "But it's also true that some of them punch Nazis in the face and don't apologize for it."

What is Kyle Rittenhouse case?

Kyle Rittenhouse, 18, was cleared of all charges after pleading self-defence in the fatal Kenosha shootings. The case had become a flashpoint in the national debate over guns, vigilantism, and racial injustice.

After hearing the verdict, Rittenhouse began to cry, fell to the floor, and hugged one of his attorneys.

Last year, during protests and riots against police brutality in Wisconsin, the American teenager, shot dead two men. Today, he was declared not guilty of reckless and intentional homicide and other charges.

Rittenhouse had killed two men and injured a third with an AR-style semi-automatic rifle during a tumultuous night of protests over police violence against Black people in the summer of 2020.