The US teen had killed two men, injured a third with an AR-style semi-automatic rifle during Kenosha protest. 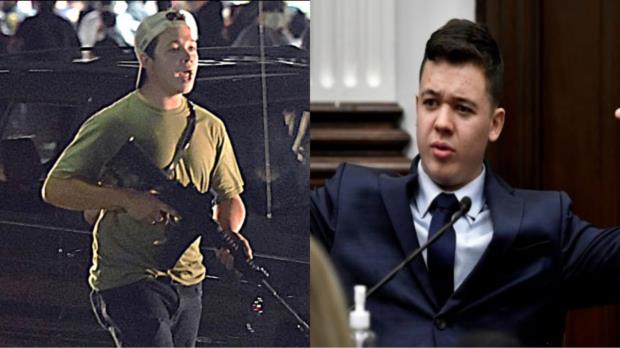 Kyle Rittenhouse, 18, was cleared of all charges after pleading self-defence in the fatal Kenosha shootings. The case had become a flashpoint in the national debate over guns, vigilantism, and racial injustice.

After hearing the verdict, Rittenhouse began to cry, fell to the floor, and hugged one of his attorneys.

Last year, during protests and riots against police brutality in Wisconsin, the American teenager, shot dead two men. Today, he was declared not guilty of reckless and intentional homicide and other charges.

Rittenhouse had killed two men and injured a third with an AR-style semi-automatic rifle during a tumultuous night of protests over police violence against Black people in the summer of 2020.

The former police youth cadet, like the people he shot, is white.

The jury, which appeared to be mostly white, deliberated for nearly three and a half days.

Following the verdict in the closely watched trial, President Joe Biden issued a warning against violence and pleaded for calm.

"While many Americans, including myself, will be angry and concerned about the Kenosha verdict, we must acknowledge that the jury has spoken," Biden said in a statement. "I urge everyone to express their opinions peacefully and in accordance with the law."

After the verdict, supporters of Rittenhouse erupted in cheers and clapping outside the Kenosha courthouse.

Shannon Watts, the founder of the gun control organisation Moms Demand Action, was one of those who spoke out against the not guilty verdict.

"It is a miscarriage of justice and an indictment of our criminal justice system that a teenager could travel across state lines to a protest he had nothing to do with, shoot three people, killing two, and face no criminal consequences," Watts said.

The verdict, according to Democrat New York Mayor Bill de Blasio, "sends a horrible message to this country."

The verdict is a "travesty" that "fails to deliver justice on behalf of those who lost their lives," according to the NAACP, an African-American civil rights organisation.

The verdict of not guilty was applauded by Republican lawmakers.

Senator Ron Johnson of Wisconsin stated, "Justice has been served." "I hope that everyone can accept the decision, remain calm, and allow the Kenosha community to heal and rebuild."

Former President Donald Trump said in a statement posted on his chief spokeswoman Liz Harrington's Twitter account, "Congratulations to Kyle Rittenhouse for being found INNOCENT of all charges. It's called being found NOT GUILTY -- And by the way, if that's not self defense, nothing is!"