Explained: Will Facebook rebranding itself as Meta help repair damage?

The name "Facebook" doesn't fully encompass everything the company does now and is still closely linked to one product: Mark Zuckerberg 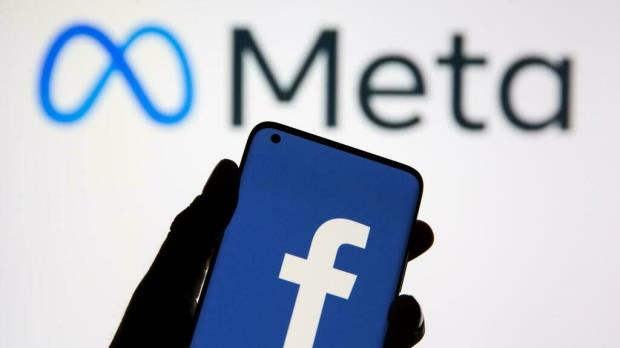 Facebook founder Mark Zuckerberg on Thursday announced that his company will have a new name, Meta.

"Announcing @Meta - the Facebook company's new name. Meta is helping to build the metaverse, a place where we'll play and connect in 3D. Welcome to the next chapter of social connection," stated the company.

Somewhat predictably, Zuckerberg downplayed that this rebranding, the first in Facebook's 17 years of existence, is to divert a barrage of bad PR. He largely dismissed the anger sparked by the Facebook Papers as unjust.

'The name "Facebook" doesn't fully encompass everything the company does now and is still closely linked to one product,' says Mark Zuckerberg.

"Over time, I hope we are seen as a metaverse company."

Zuckerberg explains that the origin of the term "meta" inspired him, which derives from the Greek word for "beyond." To Zuckerberg, it conveys that there is "always more to build."

The Zuckerberg-envisioned metaverse will be a place where customers may play, socialise, and even run businesses, all within a computer-generated virtual environment.

Meta's main objective will be to bring the metaverse to life and assist people in connecting, finding communities, and growing enterprises.

The metaverse will feel like a mash-up of today's online social experiences, expanded into three dimensions or projected into the physical world at times. It will allow you to enjoy immersive experiences with others even when you are unable to be together and do things together that you would not be able to do in the actual world.

"It's the next step in a long line of social technology, ushering in a new era for our company," explains the Facebook spokesperson.

So, there will be a new software?

In terms of real software or hardware improvements, Zuckerberg did not provide much. However, Facebook said that it was working on a new, more advanced virtual-reality headset as well as an augmented-reality device. Besides, we were left to envision a new digital universe.

Will this rebranding help Zuckerberg?

The timing of the rebranding is perfect.

The announcement comes as Facebook faces increased legal and regulatory scrutiny in many parts of the world as a result of the Facebook Papers. Following whistleblower Frances Haugen's credible evidence before the Senate concerning Facebook's negative impacts, there is more unity and pressure in Congress to regulate the tech giant.

However, a corporate rebranding is unlikely to remedy the myriad problems disclosed by internal documents or soothe the critics' long-standing concerns about the harm the company's products are inflicting society.

The name change will likely keep negative coverage out of the news for a few days. However, as a diversionary strategy, it is unlikely to be effective for long.

Supporters of Facebook will point out that the billions of dollars the firm expect to invest make it significantly more likely to succeed. However, even a large sum of money is not a guarantee in the world of technology.

The most daunting challenge that Facebook faces is- it isn't clear whether the public actually wants the company to win the metaverse.

Facebook has offended some users in recent years as a result of a slew of data privacy violations and growing outrage over algorithms that amplified abusive content. It's difficult to believe that consumers, particularly the younger ones that Facebook/Meta seeks to attract, will be persuaded to support the company's mission any time soon.

However, Facebook/meta CEO remains positive for the new project.

Zuckerberg has been pouring billions of dollars -- $10 billion this year alone, into building the metaverse -- an expansive, immersive vision of the internet taken from the pages of sci-fi novels like Snow Crash and Ready Player One.

"I think we're basically moving from being Facebook first as a company to being metaverse first," he said.