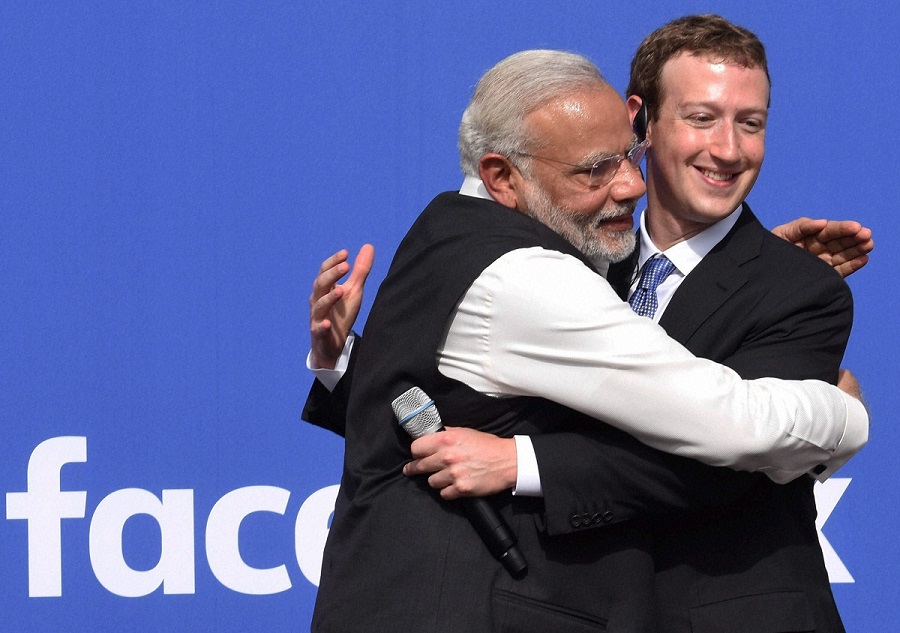 Facebook in India has been selective in restricting hate speech and misinformation, specifically anti-Muslim content, claims leaked documents obtained and revealed by a reputed news agency on Sunday.

According to reports citing internal documents, Facebook was well aware that hate speech was growing on their site in India, which may fuel ethnic violence, but it did not deploy resources to stop it.

The so-called Facebook Papers, which were leaked by whistleblower Frances Haugen, has already highlighted the influence of Facebook as well as its companies WhatsApp and Instagram, on political polarisation in the United States and the mental health of some teens. It was also published by numerous media sources around the world.

The report which was based on internal memos from the past two years reveals Facebook's persistent struggles in India to manage abusive content on its platforms.

According to the report, Facebook's products in India were flooded with provocative content that was linked to deadly religious riots on at least one occasion.

India is Facebook and its subsidiary WhatsApp's biggest market in terms of users. So, this weekend international media houses like The Wall Street Journal, the New York Times and The Washington Post and many others focused on Facebook's presence in India.

According to a July 2020 report by the company's own researchers, the share of provocative content started to rise in December 2019.

The Wall Street Journal said that "rumours and calls to violence surged especially on Facebook's WhatsApp messaging service in late February 2020," when clashes between the Hindu majority and Muslim minority left dozens dead.

The account followed Facebook-recommended posts, videos, and accounts, but a company researcher discovered it encouraged a flood of fake and inflammatory content.

"In the last three weeks, I've seen more photographs of dead people than I've ever seen in my life," the staffer was quoted as saying in a 46-page report issued by Haugen.

The survey also coincided with India's airstrike on Pakistan in response to a militant suicide bombing in the disputed Kashmir region.

India launched an air assault on Pakistan in response to a militant suicide bombing in the disputed Kashmir region.

That experience was described as an "integrity nightmare" by the anonymous researcher.

The content included violent images and made chauvinistic claims about India's airstrikes. According to reports, one image showed a man carrying a severed head and using language that referred to Pakistanis and Muslims as "dogs" and "pigs."

According to the report, Hindu and Muslim users in India were exposed to "a large amount of content on Facebook and WhatsApp that encourages conflict, hatred, and violence," including content blaming Muslims for the spread of the coronavirus and claims that Muslim men are targeting Hindu women for marriage as a "form of Muslim takeover" of the country.

Facebook is not new in terms of facing accusations of promoting the pro-Hindu agenda (Hindutva, political ideology of ruling BJP) and inflammatory content on its platform. Several BJP critics and digital experts have pressed the spread of misinformation by supporters of Indian Prime Minister Narendra Modi's ruling Bharatiya Janata Party.

PM Modi has been accused of assaulting the platform for the interest of his party, particularly during elections. Last year, reports in the Wall Street Journal stated that Facebook was selectively enforcing its hate speech policies to avoid wrath from the BJP.

Since the duo was spotted hugging at Facebook headquarters in 2015, Modi and Facebook CEO Mark Zuckerberg are known to have a tight relationship.