A picture of Prime Minister Narendra Modi has been viral on the internet, the picture features PM on the front page of the New York Times. 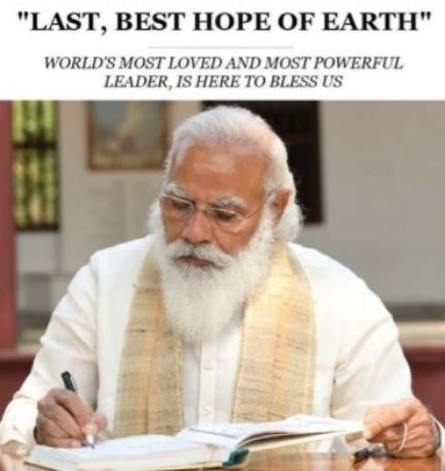 A picture has been viral on the internet since September 26 (Sunday), the picture claims to show the front page of the New York Times, published on Sunday. The front page portrayed PM Modi as “Last and Best Hope of the Earth,” followed by the subhead, which read, “World’s most loved and most powerful leader, is here to bless us.”

Fact: The viral picture is morphed as the New York Times hasn’t uploaded any article on Prime Minister Narendra Modi. ‘Last Best Hope of Earth’ is a phrase by Abraham Lincoln, which he made about the United States of America, Freedom and Democracy during the Civil War in 1862. And the picture of PM Modi was captured on 12 March 2021 while the Prime Minister was signing the visitor’s book at Sabarmati Ashram, in Ahmedabad, Gujarat. 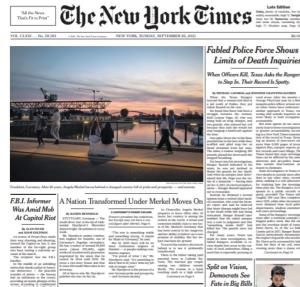 Some more differences in viral and original picture – spelling of “SEPTEMBER” is wrong on the viral picture, the spelling is written as “SETPEMBER.” The “Volume No.” and the “Cost” of the newspaper are also different as compared to the original picture.