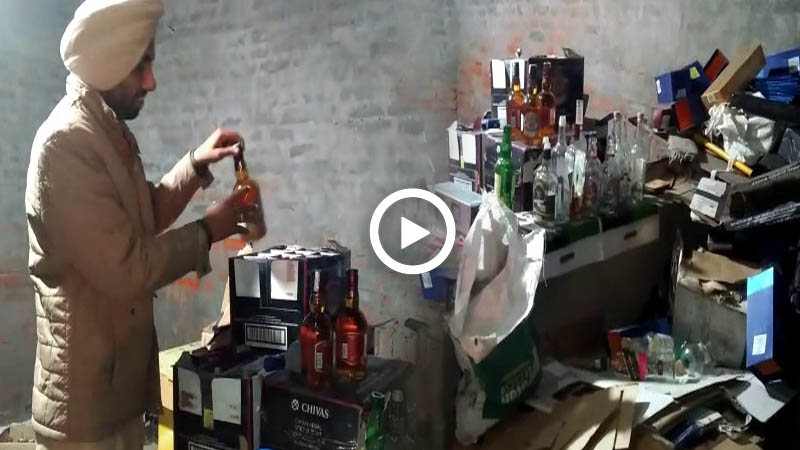 Ludhiana Excise Team on Thursday busted a high-level fake branded liquor scandal. Miscreants use to bring cheap liquor from Chandigarh and repack them in a branded one.
Approx 600 cheap liquor bottles, 138 empty boxes of branded liquors, as well as branded seal, was confiscated.Two people have been arrested on the spot by the police