The big decision was taken during a meeting at the Singhu border. 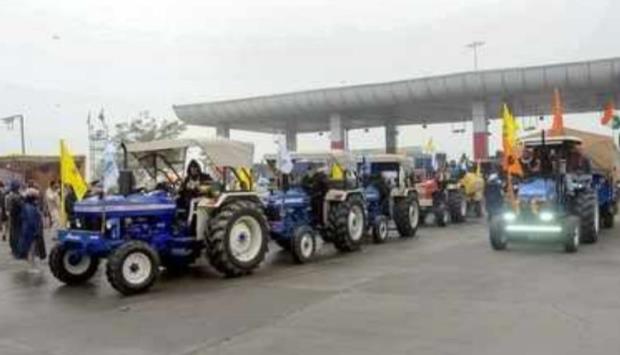 The tractor rally called by the farmers', which was supposed to be held on November 29, has been postponed. To mark one year of the black laws agitation, the Samyukt Kisan Morcha (SKM), an umbrella body of farmers’ unions, had earlier this month announced that 500 farmers will participate in peaceful tractors marches to Parliament every day during the Winter Session starting November 29.

This was to be done to mark one year of the agitation against the Centre’s three agri laws. It had said that this will be done to “increase the pressure” on “this obstinate, insensitive, anti-people and pro-corporate BJP central government, to force it to agree with the demands of the farmers for which farmers across the country have launched a historic struggle for the past one year.

During a press conference, Farmer leader Darshan Pal Singh said, "After a meeting, Samyukt Kisan Morcha has decided to postpone the proposed tractor rally to Parliament on 29 November."

This huge decision was taken during a meeting at the Singhu border. A farmer leader said, "When we had announced that there will be a tractor rally on November 29, all the three farm laws were not scrapped. Now that when the laws have been taken back, we have decided not to take up the rally. However, if Centre doesn't agree to the rest of our demands, we will decide our further course of action on December 4 meeting."

Prime Minister Narendra Modi had announced on Gurupurab that the Centre will repeal the three farm laws, marking a climbdown by his government to meet the unrelenting demand of farmers protesting in several states against the reform measures.

This move from the protesting farmers came just two days before the Centre is to introduce a bill cancelling the three contentious farm laws.

The farmers held their last protest near Parliament House in July when the Monsoon Session was in progress. The police had given permission but warned that there should be no march. More than 200 farmers were present at the protest.