Taking a dig at the SAD leader, Sidhu said “he (Sukhbir Badal) is afraid because Enforcement Directorate (ED) is raiding the properties of his close confidants.” 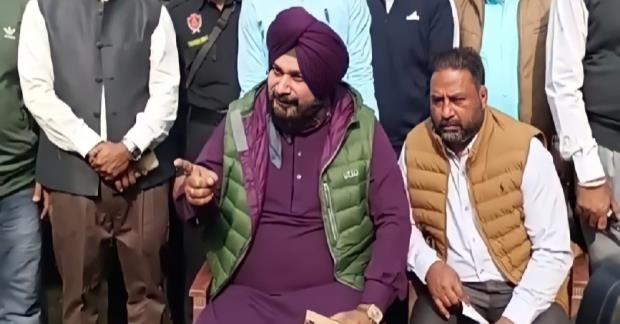 A day after Sukhbir Singh Badal accused Punjab CM and PPCC chief of a political conspiracy against his party, Navjot Singh Sidhu slammed the Shiromani Akali Dal president and challenged him to provide proof for his claims. While asserting that SAD ‘compromised Punjab's development, Sidhu firmly stated that he will leave politics if Mr Badal could provide evidence.

On Friday, the SAD supremo Sukhbir Badal said, “We have definite information that the chief minister has ordered the DGP to register a false case against Majithia. This has been done after the CM held a meeting with the state Congress chief Navjot Sidhu and Home Minister Sukhjinder Randhawa.”

Reacting to Mr Badal’s statement, Sidhu tweeted that “I give my word of honour that I’ll leave Politics if @officeofssbadal can prove that I ever had any close door meeting with new DGP Punjab, who illegally detained innocent Sikh boys in 2015, gave clean chits to Badals & is blue-eyed boy of Ex DGP Saini since new govt was formed, Sidhu tweeted.

Taking a dig at the SAD leader, Sidhu said “he (Sukhbir Badal) is afraid because Enforcement Directorate (ED) is raiding the properties of his close confidants.”

On November 25, the ED raided the properties of Jujhar Transport and Fast-Way Cable Company owner, Gurdeep Singh in Ludhiana. Gurdeep Singh is said to have close ties with SAD leaders Sukhbir Badal and Manpreet Singh Ayali.

Mocking Sukhbir Badal, Sidhu said, “It is the ED who is raiding you and investigating your shared accounts with Surinder Pehalwan and you are dancing on the tunes of Central Govt. as you have always been their puppet.”

Further talking about upcoming state elections, Sidhu claimed that “This time people will rule Punjab. Their government will come to power and people’s issues will be resolved.”

Sukhbir Singh Badal on Friday announced that the party's core committee would court arrest in front of Chief Minister Charanjit Singh Channi's residence on Saturday to lodge a protest. This comes after Badal alleged a conspiracy by the Congress government in Punjab "to implicate Bikram Singh Majithia in a false drugs case."