In Spain, a man claims that his wife kidnapped his two children in order to shield them from the covid vaccination. The case is currently in front of the court, and the court has temporarily given the father custody of the two children. 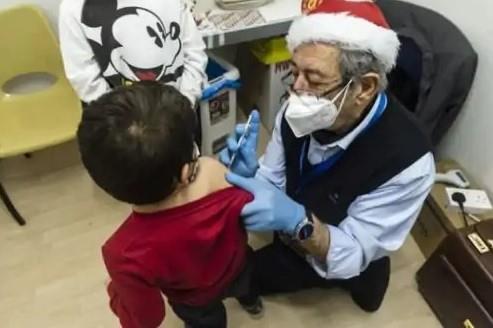 A man in Spain has alleged that his wife kidnapped two children to protect them from the covid vaccine. The matter is now before the court and the court has handed over the custody of the two children to the father for the time being.

The both boys are 14 and 12 years old, respectively. In Spain, children above the age of 11 are required to be vaccinated by the government.
She is 46 years old and does not live with her spouse. The husband said that his wife refused to have her children between the ages of 14 and 12 vaccinated. As a result, she drove them somewhere. The man had reported it to the police in December. "My wife has taken the children away illegally," he wrote in the complaint.
The matter was investigated by the police. The two youngsters had been missing with their mother since November 4, police discovered throughout their inquiry. In the lawsuit, this person also stated that the children had not seen him since November.
"The wife wrote me a letter in November," the man, who was also banned from school, claimed. It stated that she had been expelled from school and would be relocating. In the meanwhile, the court ruled that parents have the right to choose whether or not to vaccinate their children. The Spanish government, on the other hand, made it necessary afterwards.
On Wednesday, he appeared in front of the female officers. He was accompanied by both of his children. The mother was later apprehended, and both of her children were given over to her father.
Also Read : Jungle Safari in Hoshiarpur: A step towards boosting tourism

On December 15, the Spanish government released a report on infection cases to the media. Vaccination was not met with significant opposition in Spain. As a result, this situation of sheltering children from vaccination strikes me as odd. The fact that approximately 90% of children over the age of 12 have received both doses of the vaccine demonstrates this.