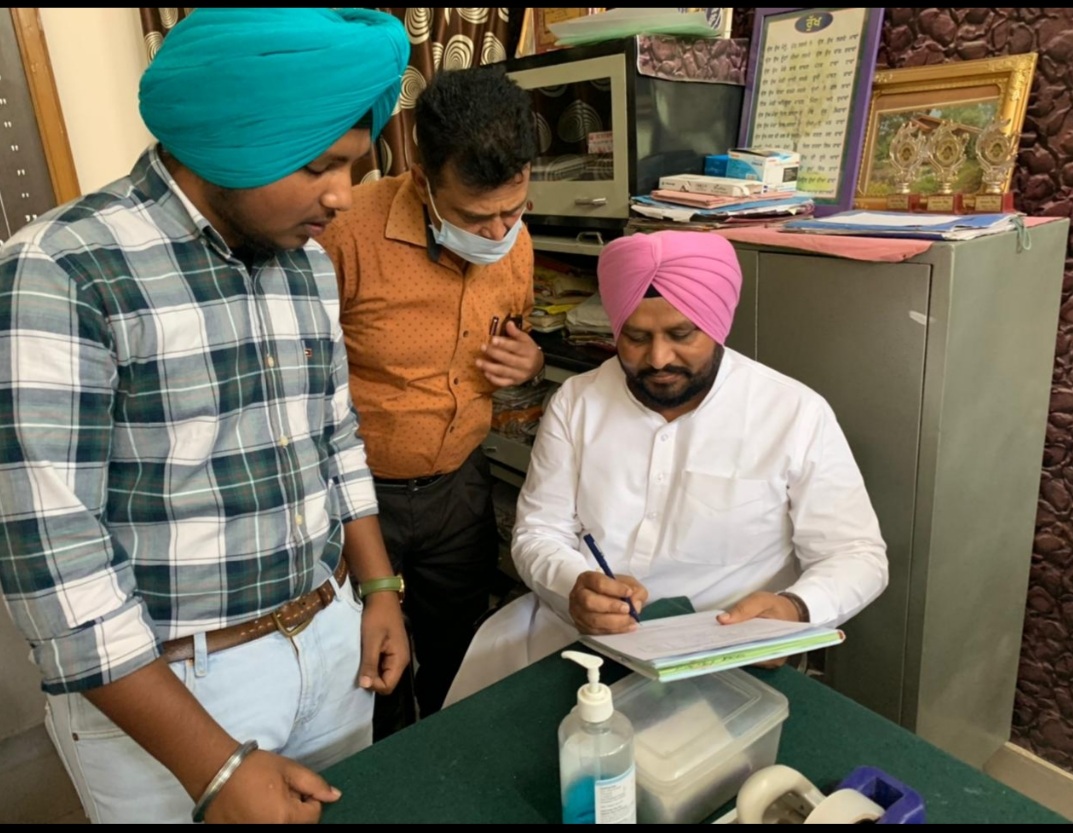 The massive enrollment drive, currently underway to make the masses aware about the changing scenario of government schools, has got big boost. Ferozepur (Rural ) MLA Satkar Kaur has got her son enrolled at Government Smart Senior Secondary School, Bazidpur in the district here today.

Husband of the MLA, Jasmail Singh Ladi Gehri, who himself is a prominent local leader, accompanied with his son Kamalpreet Singh came to the school.

He handed over the documents to the principal and got his son enrolled in Plus One class.

He lauded the efforts being put in by the teachers to convert the government schools of the district smart in letter and spirit.

Deputy DEO Komal Arora thanked the MLA and hoped that this path- breaking decision by an MLA would go a long way in bringing in positive change in public perception.

DEO Kulwinder Kaur welcomed the move and urged the teachers to push for more enrollments.