FIFA World Cup 2022: When and where to watch Nora Fatehi’s FANFEST sizzling performance 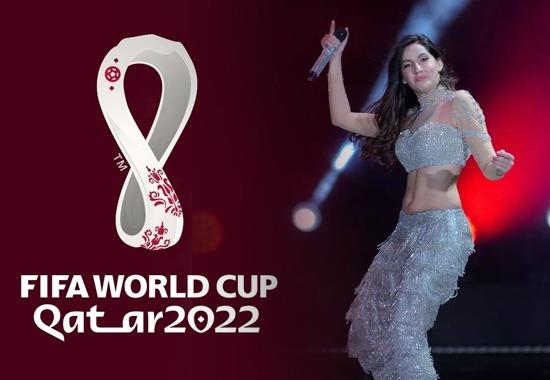 Bollywood fever is all set to grip the fanatics of football as famous actress and dancer Nora Fatehi is all set to perform at the FIFA World Cup Fanfest in Qatar. Reportedly, Nora Fatehi received a warm welcome as she reached Qatar on 29th November 2022 for her performance. Fans can’t wait to see Nora Fatehi perform on groovy dance numbers.

Nora Fatehi is the first actress from Southern Asia to perform at the grand FIFA World Stage later this year. Nora Fatehi will be giving her sizzling performance at FIFA World Cup 2022 fan festival on 29th November.

If anyone wants to enjoy the sizzling hot performance of Nora, users can use Jio Cinema or Jio TV app to watch all performances and events live. These performances will later on also get streamed on Sports 18 or Sports 18 HD.

Giving an insight into her performance, the actress shared a cute behind-the-scenes video on her official Instagram account. The video showed actress prepping up along with her dancers for grand performance at FIFA Fanfest on 29th November 2022. The actress is so engrossed in her performance which is clearly visible as she instructs her team that even the movement of the finger should be synchronized with each other. She captioned the video as, “LOADING..… Fifa FanFest Performance see you on stage November 29th.”

The pricey FIFA World Cup is arguably the biggest sporting tournament in the history of sports, with over a billion people attached to it in a direct or indirect manner. Qatar is hosting the 22nd edition of the FIFA World Cup this year which begun on November 20th.