Earlier this year, farmers protests were making headlines not only in Indian media but also in international media. 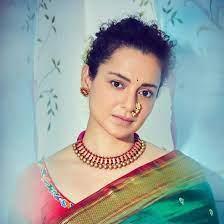 Kangana Ranaut is one of the talented actresses in Bollywood but more than her work, she is well known for making inflammatory statements on social media and landing in legal trouble. The Bollywood actress has once again landed in soup for her statement made earlier this year.

Earlier this year, farmers protests were making headlines not only in Indian media but also in international media. At that time the National award-winning actress made inflammatory statements against farmers and the Sikh community. She even called them ‘Khalistani terrorists’.

Kangana Ranaut on her social media post wrote, “Khalistani terrorists may be arm twisting the government today. But let’s not forget one woman. The only woman prime minister ne inn ko apni jooti ke niche crush kia tha (The only woman prime minister crushed them under her shoe) No matter how much suffering she caused to this nation… she crushed them like mosquitoes at the cost of her own life… Lekin desh ke tukde nahi hone diye (but didn’t let the country disintegrate) even after decades of her death aaj bhi uske naam se kaampte hai yeh inko vaisa he guru chahiye (even today, they shiver at her name, they need a guru like her).”

The Delhi Sikh Gurdwara Management Committee (DSGMC) submitted a complaint against the Queen actress yesterday and now an FIR has been filed against Queen actress at the suburban Khar police station. As per the report, the complaint accuses the actress of intentionally and deliberately portraying the farmers’ protest (Kisan Morcha) as a ‘Khalistani’ movement and called the Sikh community ‘Khalistani terrorists’.