The massive fire broke out in a textile factory at Ludhiana. Details inside 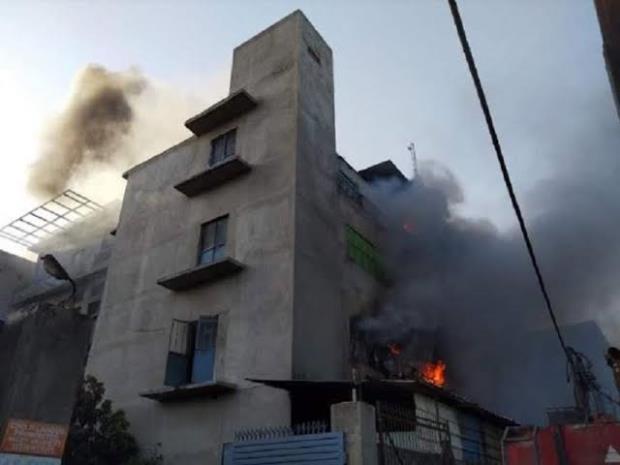 Three hours after a massive fire broke out in a textile factory at Ludhiana, it is still to come under control despite 24 fire extinguisher vehicles working on spot. Over 100 fire tenders have already been used to get rid of the massive fire that shook the whole area.
The cause of the fire is yet to be ascertained, however, it is said that the damage that the fire caused in the factory is over crores of rupees. The police and other administration are currently present at the spot and have evacuated people from the nearby buildings.
At around 4 PM, the smoke started coming out of the fourth floor of the building. It made employees quickly rush out of the place. Soon after, the flames rose high and the whole area has since been blanketed in the smoke.
ALSO READ: Ludhiana blast suspect Multani always planned unrest in India
The 7-floor building has ready-made clothes all over it, due to which the fire couldn’t be controlled immediately. Reports suggest that the building is at the risk of collapsing as the fire is reaching downward floors as well. The nearby buildings have already been evacuated and more vehicles are being brought for rescue.
Likely for employees, the fire broke out during the day, else it could have caused huge damage as the factory works 24 hours in three shifts. The cloth produced in this factory was reportedly being exported to abroad as well.
According to the officials, it is likely to take another 3-4 hours to completely bring the fire under control.