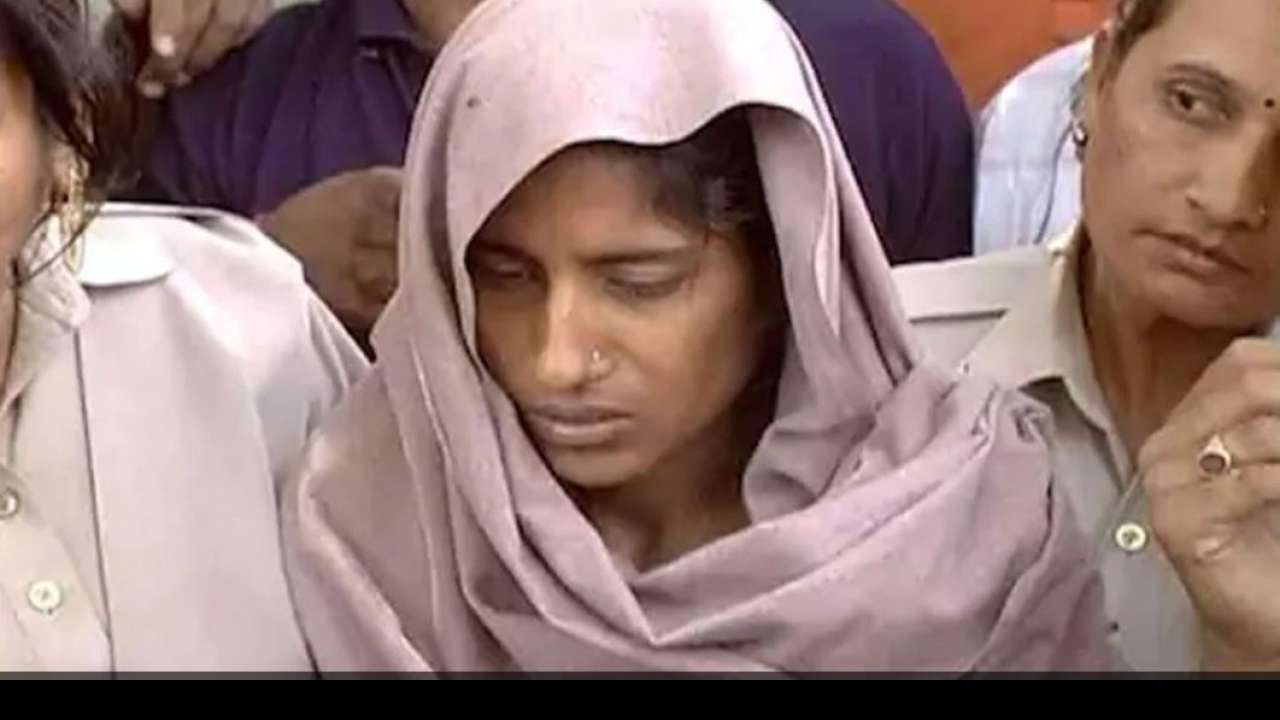 A Mathura jail administration is preparing to execute a woman named Shabnam, who belongs to Amroha, Uttar Pradesh. She and her Lover Salim in 2008 had killed 7 of her family members with an axe including a 10-month-old infant. The Matura jail has already ordered the rope which is used for hanging death row convicts.

Notably, Shabnam had challenged the lower court’s order of death penalty in Supreme Court but the apex court on January 23rd this year had sustained the judgment of the lower court. After this, Shabnam and Salim sent a mercy petition to the President, but their plea got rejected.

Shabnam will be the first female prisoner to be hanged after India's Independence and is currently behind bars at Bareilly, while Salim is lodged in Agra jail.

In Mathura jail, a female hanging house was created 150 years ago but since Independence, no woman has been hanged here. According to the Senior Jail Superintendent, the execution date is not fixed yet, however, he added that jail officials have begun the preparation for the hanging and order for rope has been placed. As soon as the death warrant is issued, Shabnam and Salim will be hanged.

The Amroha mass murder case was heard in Amroha court for two years and three months and the cross-examination lasted for about 100 dates, while statements of 29 witnesses were heard by the judge and convicted both Shabnam and Salim on July 14, 2010. The next day, on July 15, 2010, Judge SAA Hussaini sentenced both of them to death in just 29 seconds. In this case, 649 questions were asked from 29 people. The judgment was written in 160 pages.

The same judgement was upheld by the Allahabad HC and the Supreme Court in 2013 and 2015 after Shabnam had challenged the lower court verdict. The Session court had issued a death warrant within 6 days of the SC’s decision.

Facts about the case

14th of April 2008, 7 seven members of the same were mercilessly murdered by some attackers, the only surviving being Shabnam. Her neighbour Lateef Ullah, the next morning found Shabnam unconscious and she told him that some unidentified assailants entered the house and killed all her family members including her father Shaukat Ali, her mother Hashmi, her two brothers Anees and Rashid, her sister-in-law Anjum, cousin Rabia, and her 10-month-old nephew Arsh. She told the police that she was sleeping on the terrace and came down as it started raining and found the dead bodies.

Having doubts about Shabnam’s statement, the investigating officer, Amroha SHO R P Gupta because the bed sheets on which the dead bodies were found were crushed but not in a manner they should have been if the victims had resisted the attack. Presence of empty strips of 10 tablets of Biopose (a drug) from the crime scene had further increased the officer’s speculations.

Traces of the tranquiliser diazepam (Biopose) was detected in all victims bodies, the post mortem report confirmed, except in Arsh’s body.

During the investigations, the officer found a separate set of blood-stained clothes of Shabnam, (she was wearing different clothes when the neighbour came for help). And also her mobile phone call record revealed she was in frequent touch with Salim, before and even after the murder.

Shabnam and Salim both were in their 20s at the time of the crime and became suspects for the murder reason being opposition to their love relation form Shabnam’s family. The prosecution alleged that Shabnam had drugged milk and so, they didn’t resist the attack. Shabnam held their hair and Salim slit their necks with an axe committing what is termed as one of the most devilish crimes in the country.

What was found in the proceedings?

In the investigation, it was discovered that Shabnam was seven weeks pregnant with Salim’s child and Shabnam’s family was against their relationship due to caste difference and there were frequent fights in the house regarding the same. That night, Shabnam served the sedative- laced tea to her family members after which at midnight her lover Saleem came and slashed the throat of her family members with the help of an axe killing all the seven innocent lives. While they both turned against each other during the trial, Shabnam claimed that she was asleep when Salim entered her house and killed all and Salim claimed that it was on her request that he killed them. However, they both were granted a death sentence.

What could have been averted in the case?

Though such gruesome crimes are not new for the people or the judiciary, we need to give a thought as to what actions could have been taken by the family members so that this had not been the destiny of innocent lives. Shabnam’s father is not only the eldest but also her father should have contemplated if her daughter’s happiness was more valuable than the caste or the society or the biradri. Her mother and her brother too could have sat down calmly and patiently had given a chance to both Salim and Shabnam to speak their heart out and looked at their love beyond their ego. Maybe, that would have not created a rage in Shabnam’s mind to commit such a heinous crime.

On Shabnam’s and Salim’s part, they could have tried handling their relationship with a little more reasonable. As they were adults, they had all the rights to seek justice from the law and got married willingly, even if her family was opposing it.

Being hot-headed and driven by anger always results in something we don't want in the long run and also does no betterment for our lives.

The caste and biradri problem

The 21st century has still not done with the age-old orthodox mentality of caste system engraved into our culture. This has not only taken many lives but also separated true lovers and had inevitably remained the reason for chaos and rift between communities and individuals.

We are getting modern education, technology and trying to change our living standard, but we should change first is our mindsets, thinking beyond the systems and no good traditions and giving chances to new changing ideas with generosity. Sensibility lies in being accepting concepts and opinions that dont underlines ours, avoiding an unrelated war of hearts and minds. Compassion and peacemakers are what we need now.

But crime is another element of any society, thus, wrongdoers must be punished at any cost.

Also Read:  Safe nowhere, safe with no one: Pre-teen boy rapes his kindergarten sister in Ludhiana

Get the latest update about Shabnam Case, check out more about Salim, Analysis, Amroha Mass Murder Case & First Woman To Get Hanged