White was best known for two characters - Sue Ann Nivens from the Mary Tyler Moore Show and Rose Nylund from The Golden Girls. 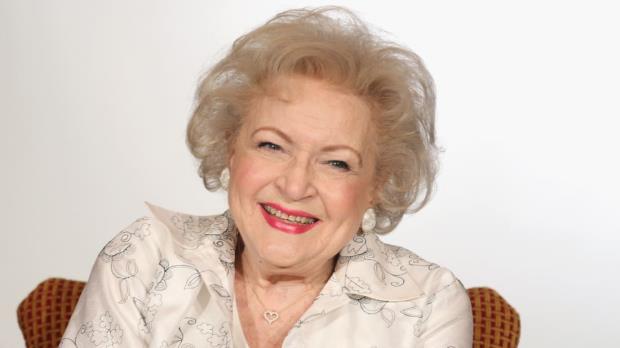 Beloved American actress Betty White, who was just about to celebrate her 100th birthday this month (on January 17), has died. The actress was on TV since the beginning of TV, thus known as the 'first lady of television.'
In an industry where it is all about being young and hot, the actress grew in popularity as she grew older. Her saucy, up-for-anything charisma made her a television stalwart for more than 60 years. Whether as a man-crazy TV hostess on "The Mary Tyler Moore Show" or the loopy housemate on "The Golden Girls", the 99 year old White will always be remembered.
According to media reports, Betty White died on Friday, a few days ahead of her 100th birthday. Jeff Witjas, her agent, was the first to disclose this news to People magazine.
White began her television career on daytime talk shows when the medium was in its infancy, and her career lasted far into the cable and streaming era. Her mixture of sweetness and quirkiness gave life to a slew of strange characters in shows ranging from the 1950s sitcom "Life With Elizabeth" to the 1980s' oddball Rose Nylund in "The Golden Girls" to the 2004-2008 drama "Boston Legal."
But it was in 2010 when her fame skyrocketed to new heights. She played an energy-sapping guy getting tackled during a backlot football game in a Snickers ad that aired during that year's Super Bowl telecast.
The advertisement video went viral, prompting a Facebook campaign called "Betty White to Host SNL (please?)!" This led to White co-hosting "Saturday Night Live" in a much-watched, much-applauded episode over Mother's Day weekend. Her appearance earned her a seventh Emmy award.
Also Read: Review: 'The Lost Daughter': A complex, riveting psychological drama
White was best known for two characters and one of them was Sue Ann Nivens from the Mary Tyler Moore Show. She once said about her character that it can be "icky-sweet" but "really a piranha type." She won two Emmys for this role. Then there was Rose Nylund from The Golden Girls, whose greatest grief was losing the Butter Queen pageant in her hometown owing to "churn tampering."
On the surface, White's characters appeared to be innocent, but there was something dark, even sexual, going on beneath the surface. White also garnered laughs with occasional salty one-liners in the 2009 comedy “The Proposal” and the horror spoof “Lake Placid.”
Off-screen, the actress worked tirelessly to raise funds for animal charities such as the Morris Animal Foundation and the Los Angeles Zoo.
Betty Marion White was born in Oak Park, Illinois, and relocated to Los Angeles with her family when she was a toddler. Her childhood dream was to be a writer, and she wrote her elementary school graduation play.
Her passion switched to acting at Beverly Hills High School, and she appeared in several school plays. Her parents had hoped she would attend college, but instead, she worked in a local theatre and radio dramas.