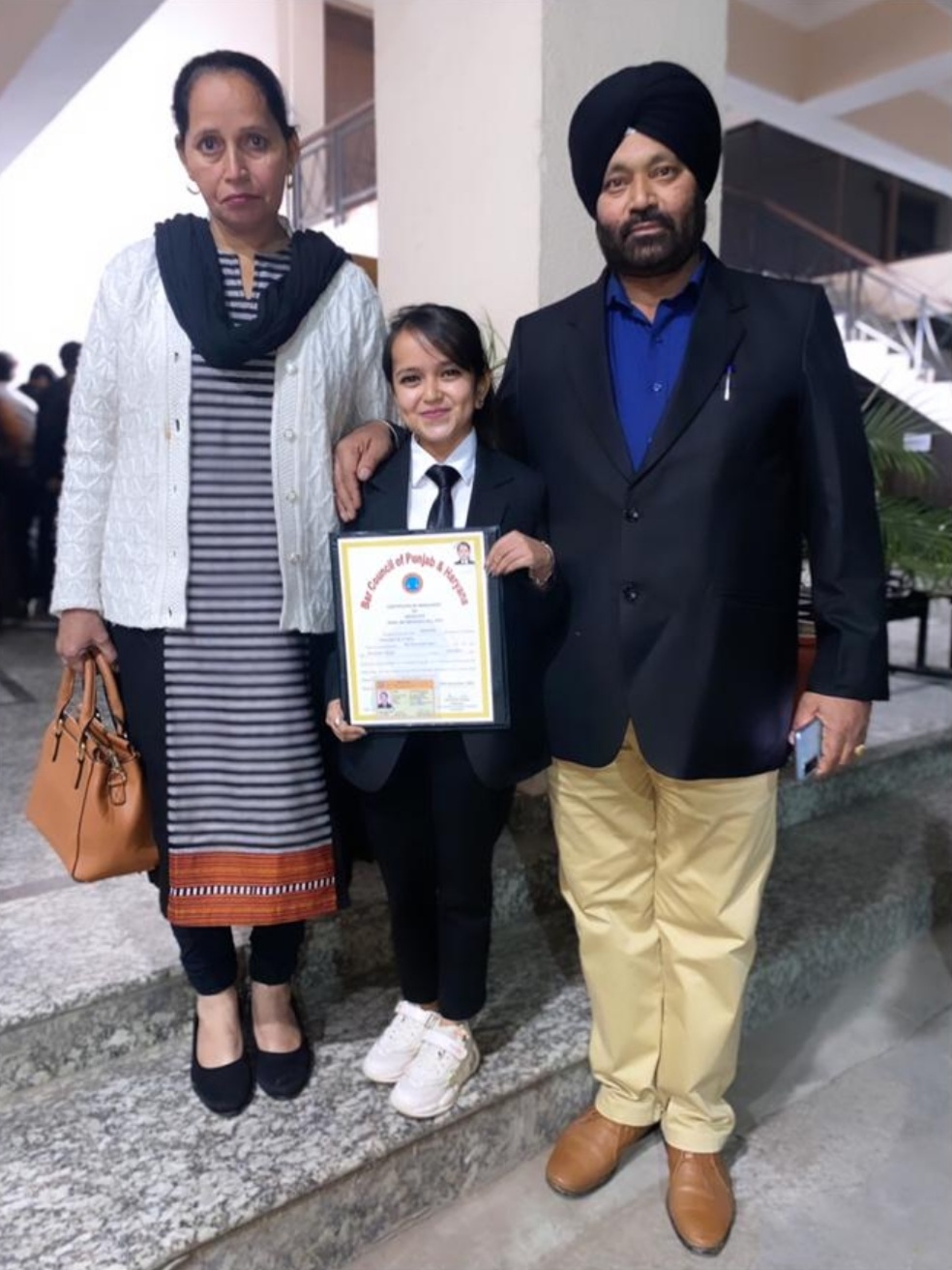 She was born a dwarf and her height is only 3 ft 11 inches at present. She said her life has been one of a struggle but still she went on not only to study law but to establish her own identity.

Meet Jalandhar-based 24-year-old girl who did not let her short stature come in the way of her standing tall.

Harwinder Kaur, was teased mercilessly by her peers when she was in her growing age. She never wanted to go to school. Having encountered stares and sly remarks from fellow students and strangers she doubted her capabilities. Yet she went on to not only study law  but also to win hearts. With her confidence and 3'11' height she is now practicing law.

A resident of Armaan Nagar in  Rama Mandi here, Kaur said, "I realised about my dwarfism, when I was around 10 years old. I was in fourth standard when I noticed my body not growing normally. With this  came a lot of teasing and bullying. By the time I reached in senior secondary classes, I preferred skipping school and remained most of the days at  my house”.

“While I was slipping into depression, I realised it was not my fault that I was short. With a heavy heart, I dared to come out and  live my life like any normal individual”, she said.

Subsequently life changed after she took admission in graduation. “The activities that I couldn't experience during my school days, I lived them during my graduation. Accepting myself the way I'm, it instilled positivity in me and now I have achieved an important place for myself in the society. People with insecurities and inferiority complexes now look up to me and appreciate me for my confidence”, she added.

She believes, hard work, resilience and positive attitude is what makes a person successful not his physical appearance. Harwinder wanted to become an air hostess while she was in school, but realising that she isn't fit for it, she took law as a career option.

Surprisingly all her family including her father Samsher Singh, a cop, mother Sukhdeep Kaur and brother have normal heights and she is the only short member. Having suffered difficulties throughout her teens she even visited various doctors to cure her genetical disorder, but to no avail.

However she cured it later by accepting herself. With thousands of followers she is also a social media star and wants to further pursue her career in judiciary.