The 17-year-old has become an inspiration to many of his age after campaigning against alcohol abuse and spreading awareness about education and other causes. 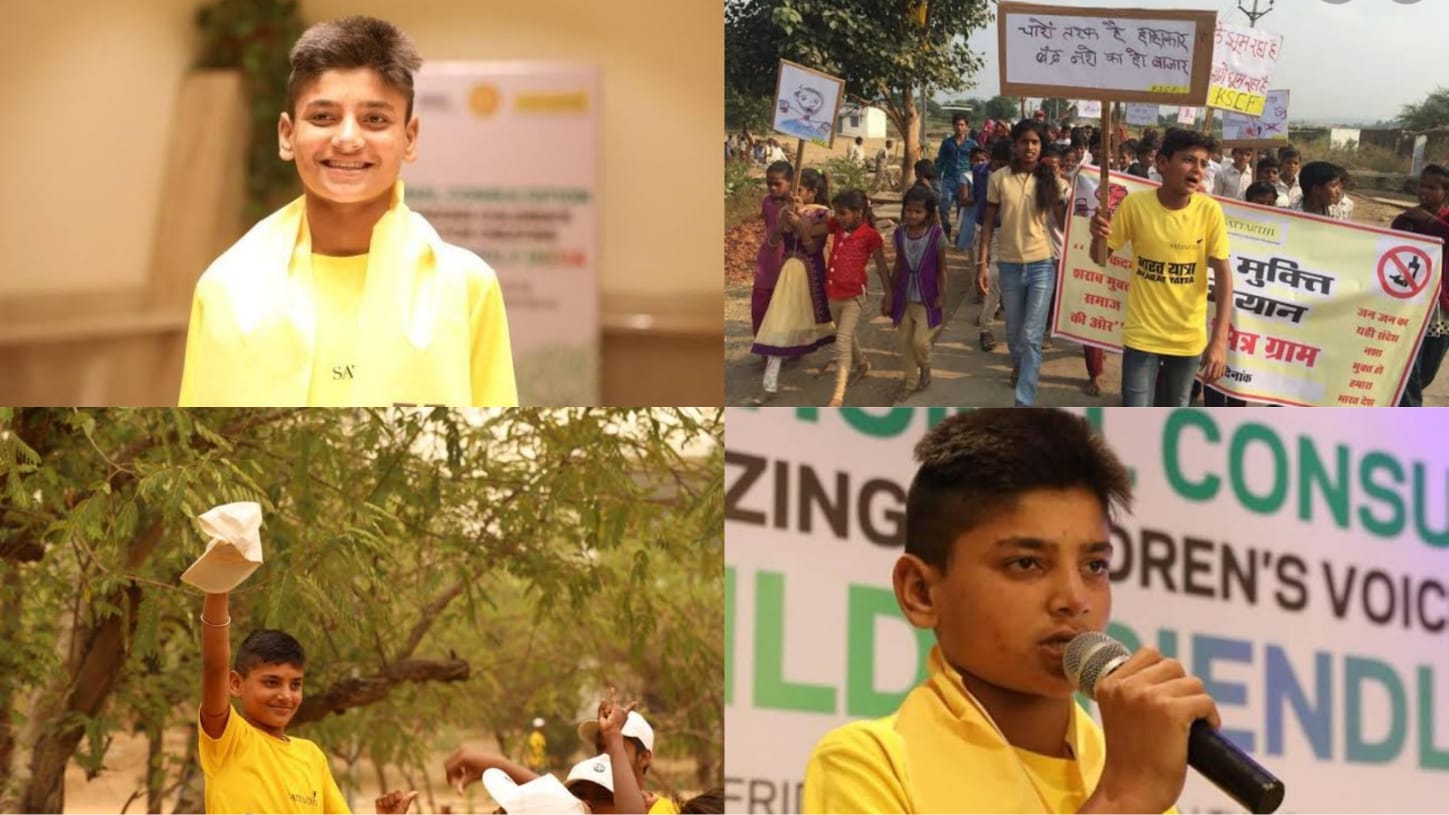 The famous Diana Award for advancing the United Nations Sustainable Development Goals was awarded to several young people from across the country this year and Surjeet Lodhi is one of them.

The 17-year-old has become an inspiration to many of his age after campaigning against alcohol abuse and spreading awareness about education and other causes. Surjeet from Bal Mitra Gram (BMG), a flagship initiative of Kailash Satyarthi Children's Foundation (KSCF), was awarded the prestigious 2021 Diana Award in a virtual ceremony for his outstanding efforts to improve his village.

Surjeet, who hails from Madhya Pradesh's Bidisha District, has helped over 120 children in his hamlet gain access to education and attend school. Meanwhile, the village's male population wasted their earnings on alcohol.

Under the influence of alcohol, they would abuse their wives and children. Surjeet, with the help of the gram panchayats, was able to shut down five liquor stores in the villages.

Surjeet felt strongly about this cause because his story was no different. He and his mother themselves were subjected to violence and abuse from his alcoholic father.

He organised an awareness campaign in five villages with the help of the Bal Mitra Gram (BMG) team and Children Councils, reaching out to 410 people, including Village Council members. Children and women from Bhilay and Sahwa villages were inspired by his idea and joined hands with him, demanding financial help for children's education and household needs instead of alcohol.

They approached the village council and the district administration, urging that the liquor shops in the villages be closed down and five liquor stores were closed in 2019 after a two-year investigation. The male community members' alcohol intake, as well as violence against women and children, are now being monitored by the local communities.

Also Read: #FirstStoryPositive: 20-year-old from UP is educating her mates about sexuality, reproductive & menstrual health

Along with this, Surjeet, his team and the children council took steps to prevent the COVID-19 pandemic from spreading in the village during the lockdown period. His team ensured that locals had access to food, government protocols were followed, children were protected, and the COVID 19 vaccination push was promoted in his village.

“I am incredibly thrilled to get this award, and it has strengthened my accountability and responsibility toward the children of my country,” Surjeet remarked. "I will work extensively towards the education of children and further intensify the de-addiction drive, which is at the root cause of abuse and exploitation. I will work towards a child-friendly environment and follow the footsteps of my role model, Nobel Peace Laureate Shri Kailash Satyarthi," said Surjeet Lodhi expressing his delight at winning the prestigious award.

His unwavering efforts ensured that his village was free of child trafficking and child labour. Surjeet is the third child leader from BMG to win the award three years in a row.