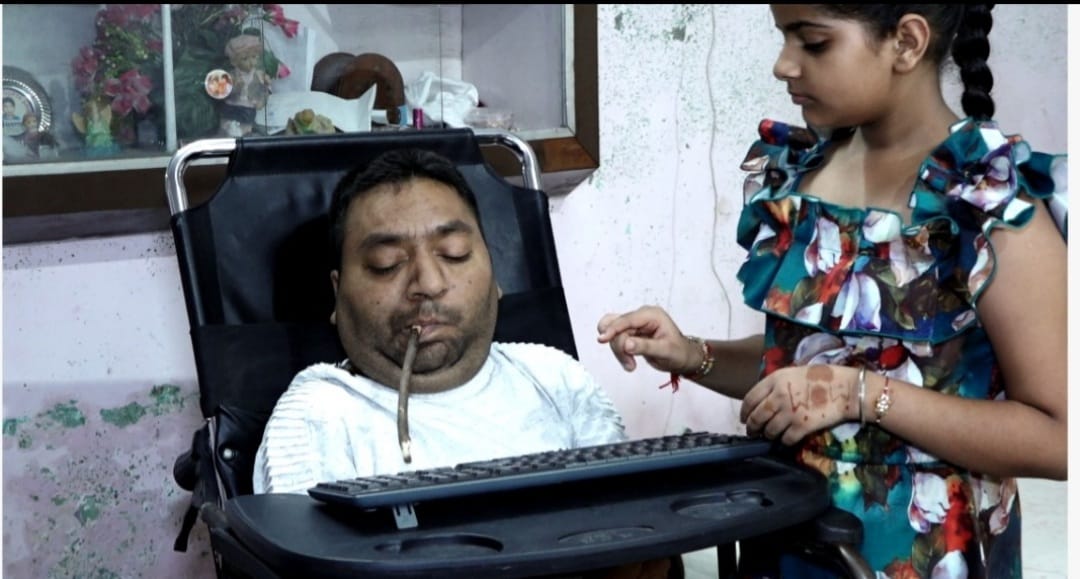 Manpreet Singh, who hails from Lasara Village in Jalandhar, was like any normal kid until the age of five. It was in 1989, when he turned six; he felt a severe pain in his left hand and was rushed to the nearby hospital by his family. He was then prescribed some medicines and doctors said he will be okay within a day or two. But who knew his wait to recover will never see the light of day.

He says the worst days of his life weren’t when his pain from left hand started spreading to his whole body (from the neck down) and when he lost control over all four limbs and got bedridden. But it was after nine years when he turned 15; he faced the real tough times and thought that he may now die anytime soon.

“I was eight years old when my body below the neck stopped working. My family and relatives then took me to every hospital in Punjab and other states to find the best treatment for me, but all in vain as no doctor was able to diagnose the root of my illness”, he said.

“When I turned 15, my condition further deteriorated and I complained of having breathing issues, high fiver and unconsciousness. It was then my mother took me to a local clinic to get me medicine for fever, but surprisingly that doctor within seconds found the real reason behind my sickness and asked my mother to get the magnetic resonance imaging (MRI) of my neck done”, said, Manpreet, adding that it was then he was diagnosed with stage III neck tumor.

He further said that he was then referred to PGI Chandigarh for treatment but all the while, he had no idea about what was going on with him as his family never informed him about his critical condition. “I actually overheard doctors who were discussing my case outside the room I was admitted. I then got to know I had tumor and asked my parents if I am going to die. But all they told me was I will be fine soon”.

“My surgery was successful, doctors saved my life but my cervical spinal cord nerves were completely pulverized and I was neck down paralyzed for life. The doctors then gave their verdict that my condition was incurable and I would remain in this vegetative state for lifelong”, he said, adding that he was then devastated; he felt like there was no light at the end of the tunnel and he was being sucked into an abyss. “But I refused to accept this feeling and reality; I decided to not give up at any cost”.

He said over the years, he learnt living with quadriplegia and he realised if he can live like this that means nothing is impossible for him. “I requested my mother to buy me a computer and the first thing she asked was how I would use it. Also, we could not afford it so she denied my request. But, one of my uncles luckily gifted me a laptop and then I started learning video editing and mixing. I since last many years have been working on editing marriage and others videos.

When asked how he operates computer and do editing, he said he used computer or laptop with mouth and presses the keys of keyboard using a small ' wooden neem stick'. “It took a lot of time to me to get learn how to use computer this way, but I never gave”, he said, adding that three years back he has opened a small cyber cafe near to his house and is also giving free computer classes to the school going students of his village. 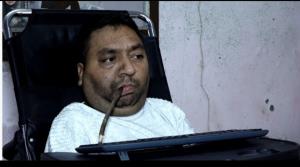 The biggest supporter: Gurbani and Mother

He said living with a body that has no movement below the neck was not easy. “I at times get bedsores and other related problems, but my mother (Avtar Kaur) has always come to my rescue and motivated me to cross every obstacle by reciting Gurbani. I really can’t thank her enough”, he said.

Manpreet said that he feels there is a spark in each one of us which lights up in the darkest hour of adversity. “All that lies behind us and all that lies in front of us is too little in comparison to what lies within us. We can always overcome all our hardships and turn our dreams into reality. All you have to do is never give up”.