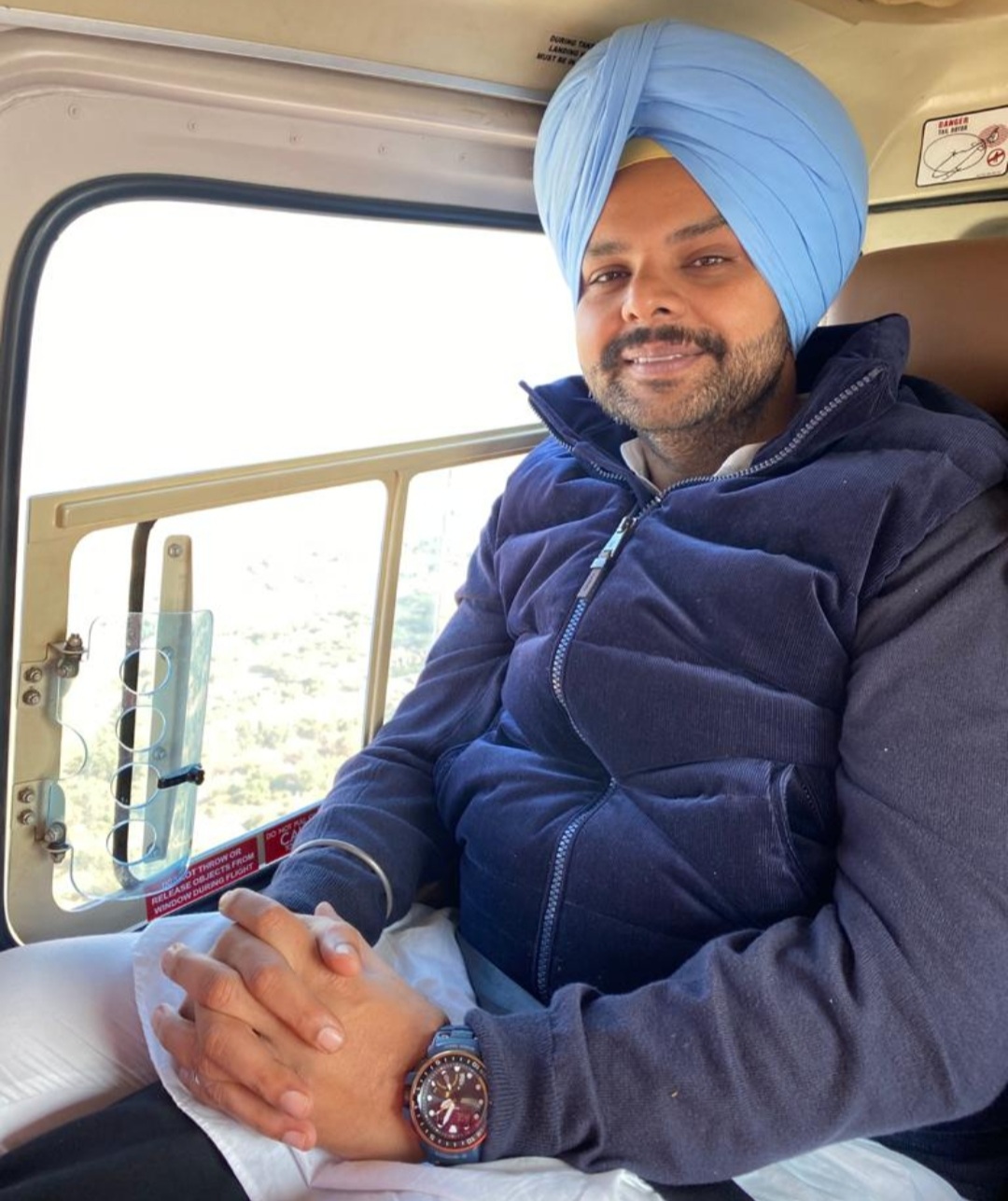 Ajay Vir Singh, the Managing Director of Dhillon Aviation Pvt Ltd, belongs to Village Lalpur in Rupnagar District. Right from his childhood days, he had always dreamt of doing something different, and wanted to pursue his career in trade which has its unique identity.

After his B.Tech (CSE) from GNDU Amritsar, he bagged his first job as a marketing agent for a Pressure Cooker firm. Later he pursued his career as a Computer Teacher in Polytechnic College in Jalandhar.

Meanwhile having a penchant to do something different and unique, Ajay Vir decided to enter into the field of aviation in 2005. “I never thought of choppers or entering aviation industry, but as destiny has its own plans, I got the chance to prove myself. Aviation industry was not only something new for me but a huge challenge as I was the first generation in Bussiness from my family and also a total naive to this industry”.

However almighty was very kind to bless my dedication with its fruitful results, said Ajay Vir, adding that within two years he not only managed to start his own company but bagged some really big projects.

He said that in 2007, DAPL became one of the few companies to operate for State Police of Chattisgarh to assist them in anti naxal operations.

And then in 2010 DAPL became the first Civil Company to operate for RBI for distribution of money to various Chest in State Government of Chhattisgarh. Besides DAPL also got the honour to serve the department during the time of demonetisation drive.

Sharing his achievements he said that in 2012 DAPL became the pioneer to execute the High-tension Survey via Lidar/thermal Camera’s for Power Grid of India.

Adding on he said in 2014 DAPL achieved another milestone by becoming the first Civil company in the country to serve the central forces i.e CRPF against their anti Naxal movements in the States of Chhattisgarh, Odisha and Jharkhand.

He said that as DAPL now holds a good experience of operating in the Maoist-affected zones, albeit for ferrying civilians and VVIPs, its now the first choice of the government when it comes to hiring private choppers.

He said they deploy its own pilots and crew for the operation, repair and overhauling of the flying machines.

Besides the choppers work as precious help during operations or for evacuating casualties, thereby saving numerous lives as time is at a premium in this theatre of operations, he added.

Get the latest update about Ajay Vir Singh, check out more about india news, DAPL first Civil company in the country to serve the central forces, india breaking news & ferrying civilians and VVIPs