From losing his father to his career, know how Mayur Mehta battled through mid-life crisis. 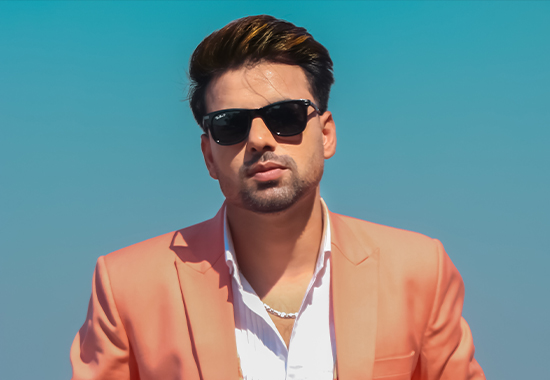 Mayur Mehta, is one of the leading actors, both in the Television and film industry. The 32-year-old actor is well known for his work in TV serials like, ‘Aur Pyaar Ho Gaya’ and ‘ Aaj Ki Housewif Hai… Sab Jaanti Hai' which aired on ZeeTV. He has also worked in a couple of Web series like ‘Good Night’ and ‘Slip' which were released earlier this year.

The things mentioned above are what everyone knows of him, but what is not talked about enough is what he fought through to get here.

In an exclusive interview with Truescoop News, we got to know the real Mayur Mehta. The one that is not visible to all. In the year 2014- 2016 Mayur Mehta’s career was going good and he was stable in the Television industry.

He had done two back to back shows on Zee Tv and in the same year he was offered a film from a big production house. During that time, the young Tv actor was packed with multiple Tv shows.

He had worked really hard to reach where he was in the television industry, but the film that he was offered was a big deal at that time and he gave up almost everything else for it.

He also mentioned that it still amazes him, how he gave up his stable career on Tv for that film. This particular film had offered Mayur a chance to work with well-established actors, which could have given him the big break that he needed.

In 2016, he officially signed the film. Until the year 2018, the production house had put a pause on all of Mayur’s other work so that he could be working for them only.

This was the time when his career in Television was at its peak and because of this project he had to reject several good offers which further ruined his relationships and contacts in the Television industry.

In 2018 he got to know about the harsh truth that the film had been washed out. Soon after, his career came crashing down. He saw the downfall that he had created for himself. Throughout 2018 Mayur did not work anywhere, neither did he receive any offers for films or Tv.

The production houses, the agents or the people that he was in contact with who could get him work, had set their boundaries after he had cut all ties with them while shifting to the film industry.

“Jaise bolte hai, aapki life me jab problems aate hai, to har taraf se  eksaath aate hai,” (As it is said, when you’re going through a tough time, everything comes crashing down from all sides ) he said.

In 2017 Mayur’s father was diagnosed with cancer and he did not have much time left. This was a time when he went through a series of awakenings, the time that he had been through from 2016 to 2019 was something that he always mentioned during interviews or when he talks about the difficult times in his life.

In 2019 he did a very low budget film, it barely brought him anything as he could not even manage the travel expenses with the amount that he was being paid for the same.

At that point, more than money, more than big names, he had to prove a point, and make himself believe in his own capabilities to make a powerful comeback.

Soon after, Mayur, along with his two friends Astik Dalai who is also the director and Mudasir Zafar thought of a story on a piece of paper which later evolved into a film with him as one of the main characters.

The film was named ‘ Nobel Peace’ and was released in the year 2020. In the same year, ‘Nobel Peace’ won the best film (Jury) award at Dadasaheb Phalke Film Festival & the Best Screenplay Award among 747 films all over the world in the Indian Cine Film Festival in 2020.

The mental state is not talked about in the industry and money is not everything. Being humble at your best and being ambitious at your worst will take you a long way. Without having to mention it, hard work and sleepless nights, top it all.

In terms of work, Mayur has been working on multiple web series that is slated to release within a few months on leading OTT platforms. Mayur got hitched earlier this year to YouTuber and Social Media Influencer, Purnima Rawat Mehta.