#FirstStoryPositive: Meet Pathankot-based Muskaan Kohli, who has been honoured with Diana Award

Muskaan Kohli (23) has been honoured with the Diana Award for her social and humanitarian efforts. 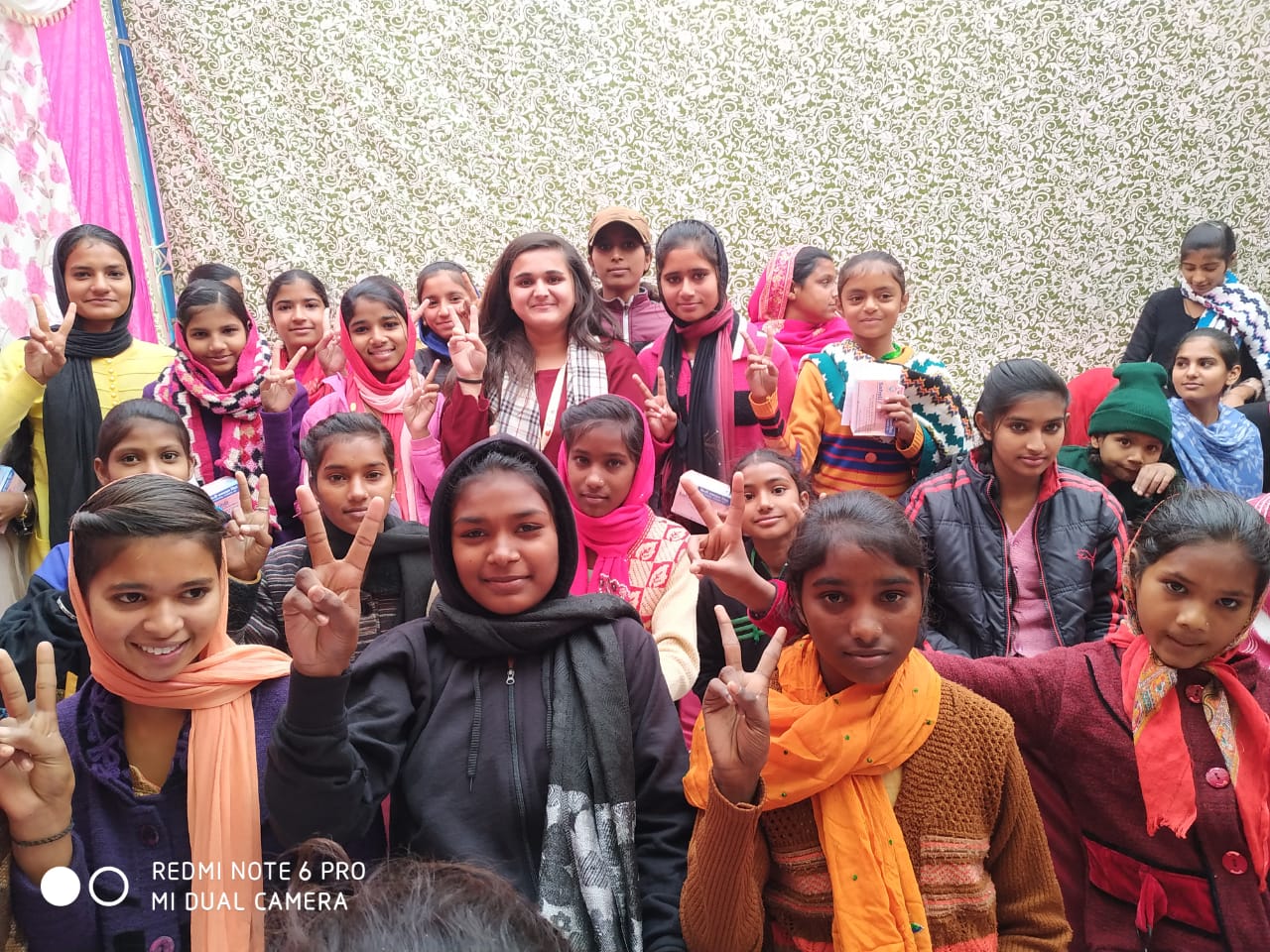 Muskaan Kohli, 23, a resident of Pathankot district, has been honoured with the Diana Award for her social and humanitarian efforts. Established in the memory of Diana, Princess of Wales, the award is given by a charity set up in her name.

The award was conferred to her in a virtual ceremony held recently. The award jury acknowledged Kohli's work for helping women in distress.  She is among 30 youngsters chosen from India and 300 globally in the 9 to 25 age group. 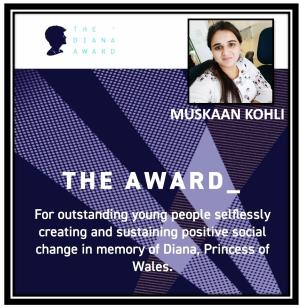 Established in memory of Diana, the Princess of Wales, the prize is considered to be the highest accolade a young person can get for social action or humanitarian efforts. It is given out by the charity set up in the name of Princess Diana and has the support of her two sons — the Duke of Cambridge and the Duke of Sussex.

Muskaan, a post-graduate in sociology from the prestigious Delhi School of Economics, works for an NGO Ladli Foundation Trust, which aims to empower the underprivileged women and needy children.

When asked about her motive behind joining NGO Ladli Foundation Trust, Muskaan said, “Growing up in India, she was struck by the startling reality that so many girls out there were being denied basic education”. 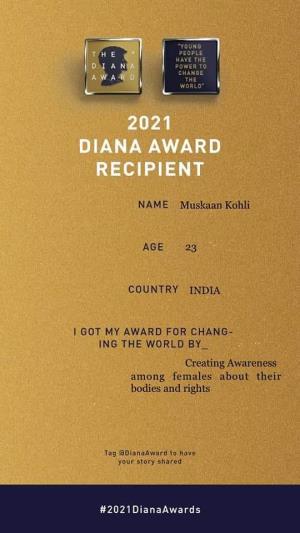 She said with the aim to empower women and make them self-reliant, she started teaching computer and communication skills to the needy girls. After hearing about the beliefs commonly held in rural communities about women’s bodies and periods, she said she began to run workshops dispelling these myths. 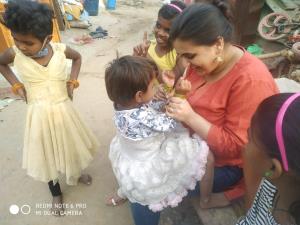 “These sessions empowered women by improving their understanding of their own biology which further helped in building their confidence and making them aware of their rights”, she added.

She said that at present she coordinates a team of 50 volunteers, who are trying to reach more such women across India. Besides, she said she is preparing to crack the civil services exam.

When asked about her future plans, Muskaan replied that she wants to be a social change maker. She said she believes that the well-being of women is critical for the development of society, and she is devoted to do whatever she can to improve their lives.

She added that “It’s not easy to be a woman, especially if you live in rural areas. I tell all women I meet that they need to go out into the world and see what they can do for others. You can’t make your little home perfect if your big home is in trouble”.